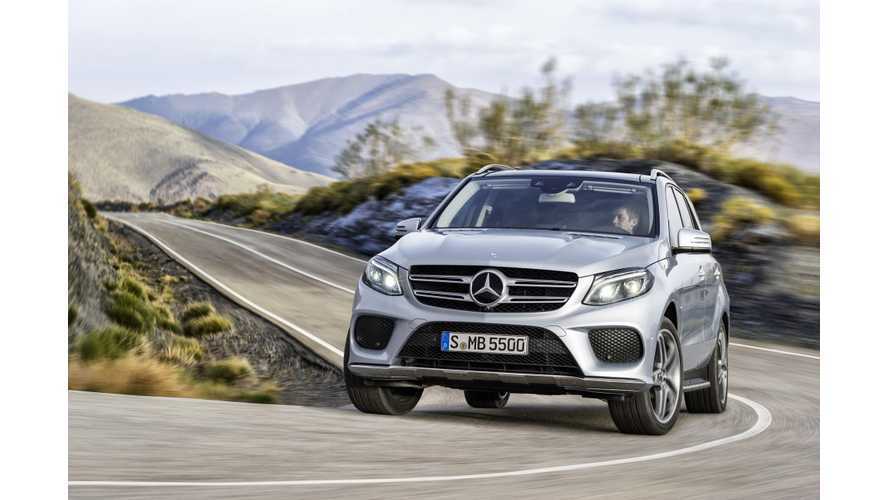 The Mercedes-Benz GLE 550e is a new plug-in hybrid SUV, unveiled by Daimler in early 2015 and presented at the 2015 New York Auto Show.

The German manufacturer recently released a report titled "The Mercedes-Benz GLE 500 e 4MATIC in the 360°environmental check" with lifecycle analysis - obligatory reading for all those interested in comparing PHEV with the ICE version (material manufacturing, production, operation and recycling).

According to the TUV SUD data in Daimler's report, CO2 emission during production of the plug-in hybrid version is higher by about one fourth, but the savings over the distance of 250,000 kilometres / 155,000 miles are tremendous - high enough to lower the total emission nearly 37% under the EU electricity mix.

Sadly, the report doesn't include emissions other than CO2, so we don't have complete a image of the advantages and disadvantages.

Yes, The Battery Does Interfere Somewhat In The Back (InsideEVs/Tom Moloughney)

Source: The Mercedes-Benz GLE 500 e 4MATIC in the 360°environmental check