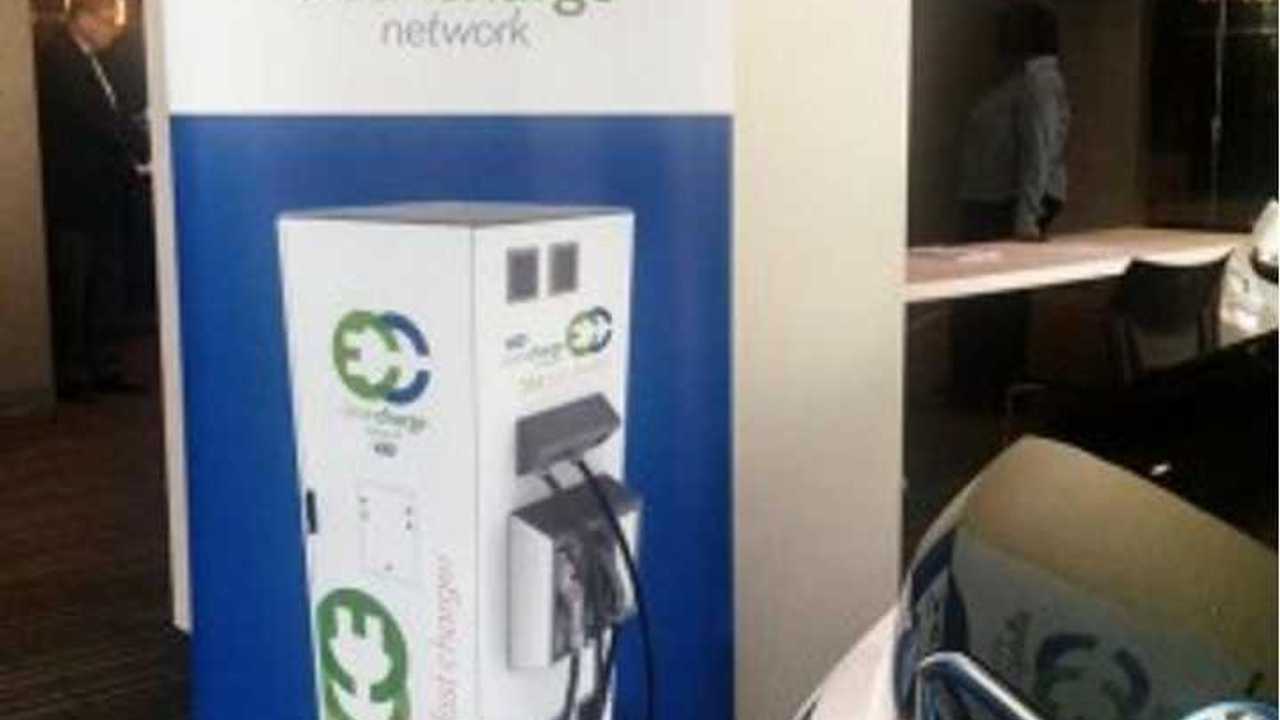 Announced 5 months ago, the Kansas City Power & Light effort to install some 1,000-plus charging stations within its service area is progressing well.

At the start of 2015, there were a little over 1,000 plug-in electric cars in the greater Kansas City area. By the end of 2015, there will roughly be one public electric vehicle charging station for each of those cars.

In January, the local power and electric company KCP&L announced an ambitious plan dubbed the Clean Charge Network, which calls for 1,001 new electric charging stations to be installed in its region, which is eastern Kansas and western Missouri. Only 40 EV charging stations were operational at the time. By the spring, 150 more had been installed, and the rest are expected to open by year’s end.

KANSAS CITY, Mo.– Today, at a kickoff event at its headquarters, Kansas City Power & Light Company (KCP&L), a subsidiary of Great Plains Energy Incorporated (NYSE: GXP), announced its plans to install and operate more than 1,000 electric vehicle charging stations, making it the largest electric vehicle charging station installation by an electric utility in the United States. KCP&L’s Clean Charge Network is the next step in the company’s leadership in environmental sustainability. Over the next several months, KCP&L will install more than 1,000 charging stations throughout the Greater Kansas City region. This network of stations will be capable of supporting more than 10,000 electric vehicles. Through partnerships with companies at host locations and with Nissan Motor Company, the Clean Charge Network will offer free charging on every station to all drivers for the first two years. The stations are manufactured by ChargePoint and will be part of the ChargePoint network of more than 20,000 charging spots in North America.