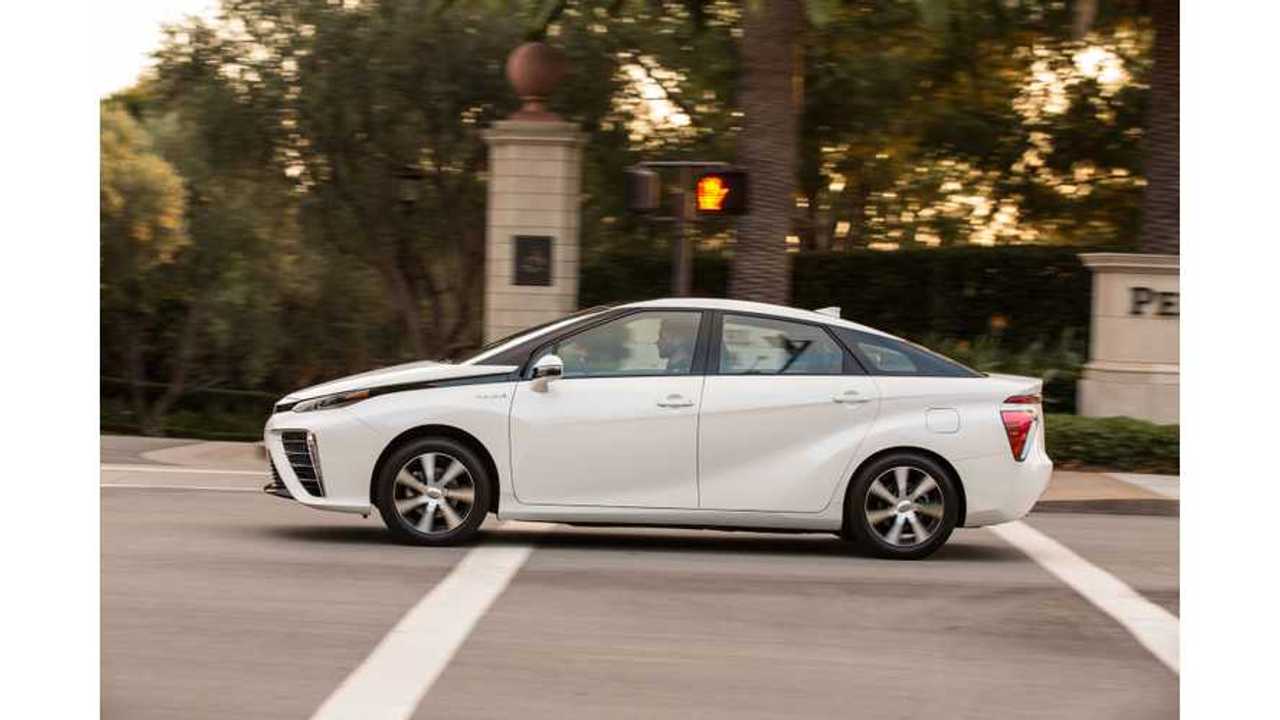 Car and Driver's test drive review begins with fun - "The first fuel-cell car you, or people richer than you, can buy."

Toyota covers hydrogen costs and scheduled maintenance, so let's get back to feedback on the car.

They tested Mirai for two days covering over 400 miles. Despite there being only 20 hydrogen stations in California, the long range of Mirai was sufficient to never experience range anxiety.

In total, they visited 7 stations nine times and finally we discover the cost of hydrogen. Of course, Toyota covers the cost by providing access cards or codes for the first three years, but this is an important fundamental matter to see if FCV is a viable proposition.

According to the article, $0.25 per mile translates to nearly four times the cost of driving a Toyota Camry hybrid. Comparing this price to EVs would be horror, as all-electric cars would save over $10 every 60 miles.

The question is what will hydrogen prices be in the longer term as $0.25 per mile seems to mark death on arrival?

Does The Toyota Mirai Have A Built In Expiry Date?

Toyota Mirai raises interest due its controversial design. Acceleration probably should be considered as sufficient.

"Moving on, we raced a gorgeous Porsche 912 from a stoplight . . . and won. At the next light, we offered a rematch. After calling the Mirai ugly, the Porsche driver declined with the excuse that he had only 60 horsepower on tap."

"While the Mirai’s ability to reach 60 mph in 9.4 seconds and 80 mph in the quarter-mile is adequate to keep up with the Priuses and pool cleaners’ pickups, it’s unlikely to accelerate any enthusiast’s heart. When you nail the right pedal, there’s a gentle moan and the nose rises eagerly, providing a false sense of acceleration. But with only 152 horsepower propelling a Camry-sized car weighing more than two tons, this is no Tesla."

Besides its long range, there are other positives like comfortable drive experience, silence, crisp steering response and a nicely tuned suspension.