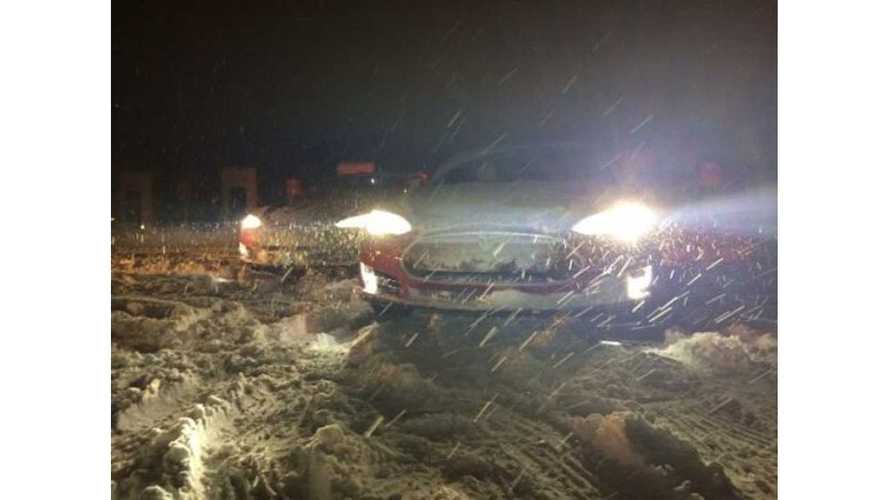 Some unfortunate news from Canada on the first day of winter.

A Tesla Model S owner, who was in an accident with a dump truck in Winnipeg, Manitoba (Canada) at intersection Monday night, has died.

A photo from the accident (which we are not publishing in consideration of family and friends, as it shows the car's license plate) shows heavy damage to the front end of the Tesla.

Police state that a 67-year-old man was driving west on Wellington Avenue when his vehicle collided with a dump truck that was travelling north on Century Street around 8:30 p.m.

The driver was taken to the hospital in critical condition, where he later died of his injuries.  We believe this is the first Tesla owner to have perished in a Model S as a result of a normalized/expected on-road occurrence.

The accident is still under investigation, and persons with information on the crash are asked to contact investigators at (204) 986-6271.

Our condolences to the driver's family and friends.