Plug-In Electric Car Sales In UK Up By 71% in August, Exceeds 1% Market Share 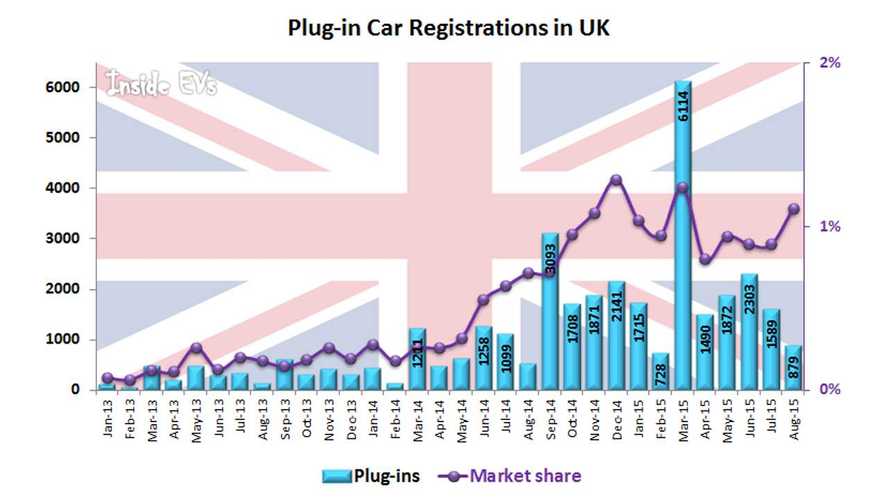 August is typically one of the slowest month for car sales in the UK, although in relation to previous years it still brings solid growth of some 71% more plug-in electric car registrations (879 total).

Market share of plug-ins stands at 1.11%, which is third highest ever.

In August, approximately 578 registrations were PHEVs and 301 BEVs.

Next up is September, and we expect at least some 5,000 plug-ins to be sold.