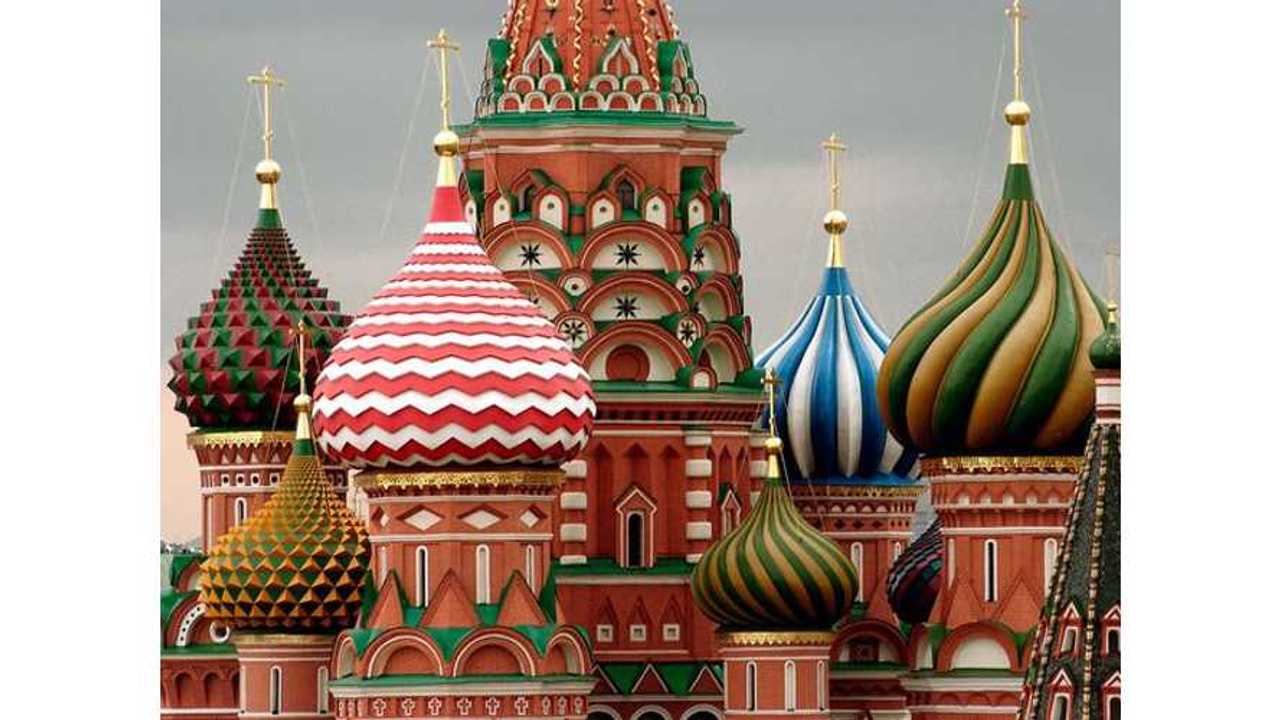 The Russian electric vehicle market is so small that perhaps 500 plug-in cars have been sold in total over the past several years.

According to The Moscow Times, sales in 2014 hit a record of 140, but in harsh winter conditions, poor financial situations, no stimulation for EVs, and rare charging points make EV sales difficult.

So far this year sales even decreased (about ~50 in first half).

Now, the Russian government intends to improve the  environment for EVs by ordering gas stations to install charging points by November 1, 2016!

This is a pretty sharp move, which we didn't see coming:

"Gas stations all across Russia have been ordered to adapt their facilities to provide chargers for the country's electric vehicles — which number just a few hundred in total."

Installing charging points at all gas stations in Russia for a fleet of just a few hundred plug-in is... interesting for sure.

Prime Minister Dmitry Medvedev's decree does not clarify what type of charging points will be installed, so we believe that in most cases station owners will install the lowest power possible.

"The cost of setting up a charging station starts from 100,000 rubles ($1,480), said Maxim Osorin, general director of Revolta Motors, which sells electric cars and operates a chain of electric vehicle charging stations in Moscow and the Moscow region.

Those stations take up to nine hours to charge an electric vehicle. Modern fast-charging stations, which can charge a car in half an hour, cost around 3.5 million rubles ($51,720) in Russia, he said.

In addition to the equipment, station owners will have to cover installation expenses and the costs of grid connection if there is no free capacity, Osorin said in written comments."

"It is a pilot project, so the company's stations offer the service free of charge, said Yelena Burenina, spokeswoman for the Moscow United Electric Grid Company.

The stations are not working at full capacity due to a lack of demand, she said.

The charging points for electric cars in Moscow currently operate as separate stations that are not connected to gas stations."

The largest number of EVs in Russia are Mitsubishi i-MiEVs - 217 according to the article.