Navigant: Plug-In Electric Vehicles To Account For Half Of Predicted 6 Million Electrified Vehicle Sales By 2024 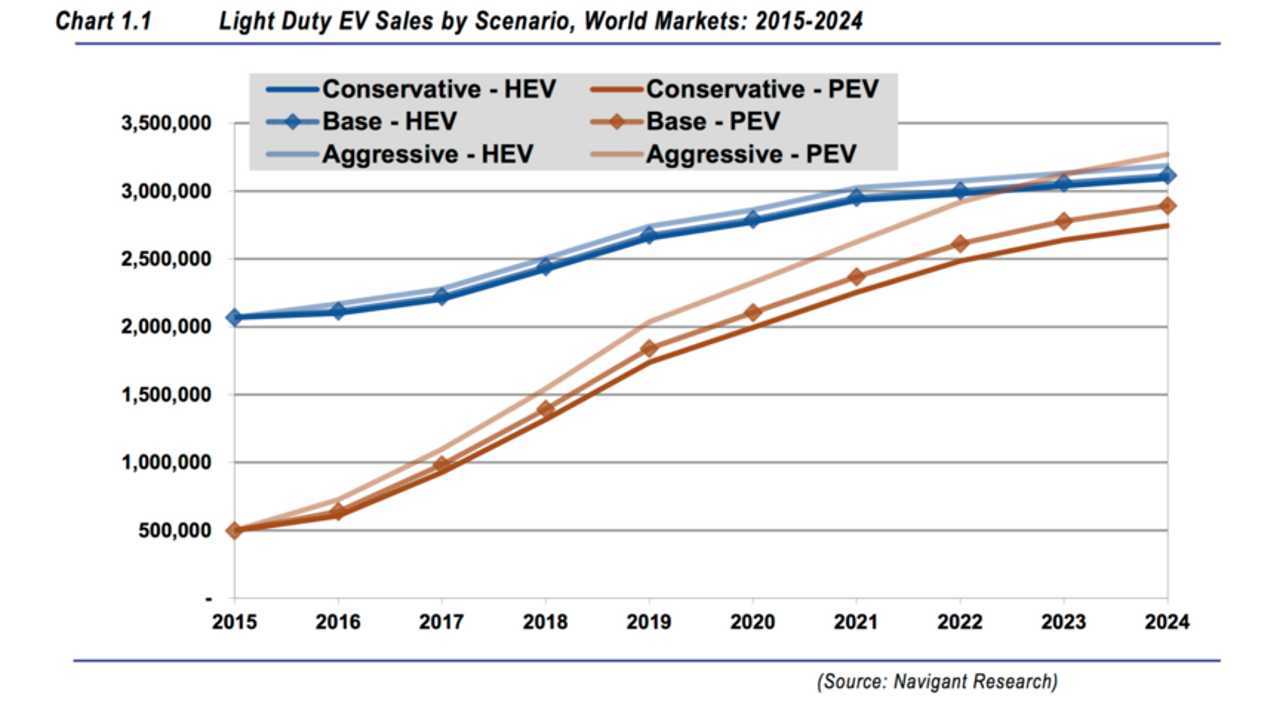 According to Navigant Research, between 5.8 and 6.4 million electrified vehicles will be sold globally in 2024. That figure includes conventional hybrids that don't plug in, but if we look at Navigant's prediction for plug-ins, we see that they'll account for approximately half of that total 6 million-ish figure. Navigant seems to be coming around to plug-ins in its more recent reports.

"In a new report, Electric Vehicle Market Forecasts, Navigant research projects that under its base scenario, global sales of light duty electrified vehicles (i.e., vehicles that use electricity for traction, including hybrids, plug-in hybrids, and battery-electrics) will grow from 2.6 million vehicle sales in 2015 to more than 6.0 million in 2024."

Why so much growth on the plug-in front? According to Navigant, much of the growth will be due to countless plug-ins hitting the market between now and 2024.

Of course, prices will drop and output/range will increase over time too. Meanwhile, conventional hybrids have hit a high and their growth will either stop or diminish over time.