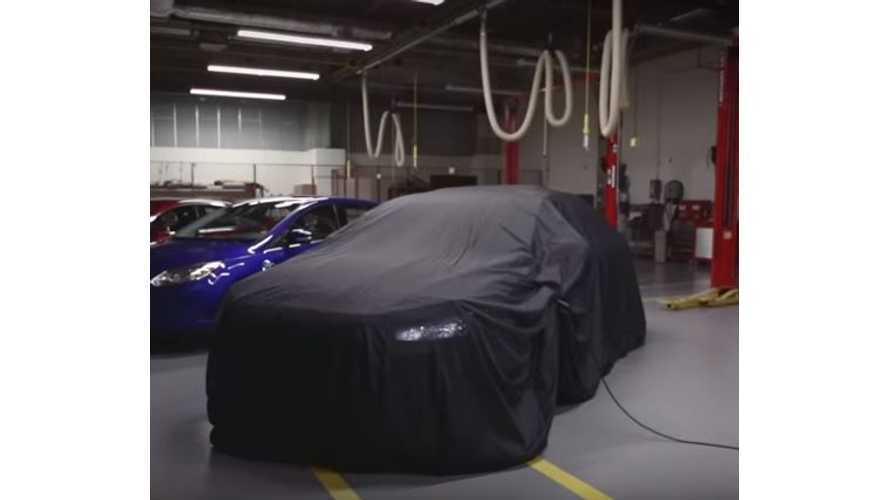 Along with Ford's recent electrification announcement, which included info on the 100-mile 2017 Ford Focus electric car, was an image of a mystery plug-in vehicle that Ford will debut at the 2016 NAIAS in Detroit in January.

At the time, we speculated that the mystery car under wraps could be the the 2017 Ford Fusion Energi, a next-generation Fusion that's been spied testing already; although we'd really like it to be the much speculated Focus Energi, as that would be a best-seller for sure.

Well, we've now got a brief teaser video of the wrapped Ford.

To us, it still looks like the 2017 Fusion Energi (or at least in its vehicle class), but perhaps there's something you all see that could sway our guess?

Regardless of which vehicle is it that gets unveiled, we're excited to see Ford making a big deal about an upcoming plug in.