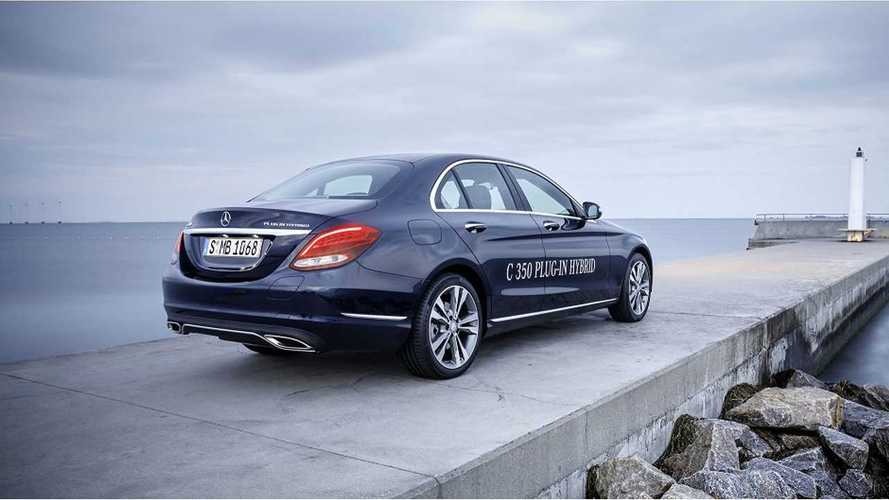 Mercedes-Benz C350e Pushed Back In US

Recently in August, Mercedes-Benz launched the S550 Plug-In Hybrid in the United States (selling 10 copies in both August and September).

The S550 Plug-In Hybrid was the first new plug-in offering in the US in 2015, and it kicks off a pretty long list of new entries scheduled for the last 4 months of the year (~7 new models).

Included in that list was another Mercedes offering, the even more anticipated C350e, of which more than 1,000 copies have already been sold in Europe.

As per Mercedes-Benz C350e US micro-site at time of press:

at time of press)

However, we noted the C350e's recent absence of upcoming data when compiling our Monthly EV Sales Scorecard for the US last week.

Upon further investigation we have now learned, though sources at Mercedes-Benz, that the C350e has been delayed somewhat, and now has new expected arrival date for the "the first half of next year (2016)."

While the C350e was not expected to be a large seller in the US in 2015, the news is not great nonetheless, as we looked forward to taking the newest plug-in Mercedes for a spin.

Here is a recap of the Mercedes-Benz C350e specs:

Mercedes-Benz C350e, As Of Yet Not Priced For The US

We are unsure why the C350e has been delayed, but it might have something to do with the recent release of the larger S550 Plug-in Hybrid's EPA range ratings, which were originally expected to net around 18-20 miles - via a 8.7 kWh battery, but ended up with a Prius PHV-like 0-12 miles (combined) all-electric range.

The C350e was/is estimated by Mercedes to have an 18.6 electric mile range via a 6.2 kWh battery, which is now looking a touch too optimistic in light of the S550 Plug-In Hybrid's recent final EPA result.  Perhaps some tweaking of the e-modes to give the Mercedes a more pure all-electric range is in the cards? Or maybe it is simply higher than expected demand in Europe that is eating into the US allocation.

Whatever the reason, we will see you next year C350e!