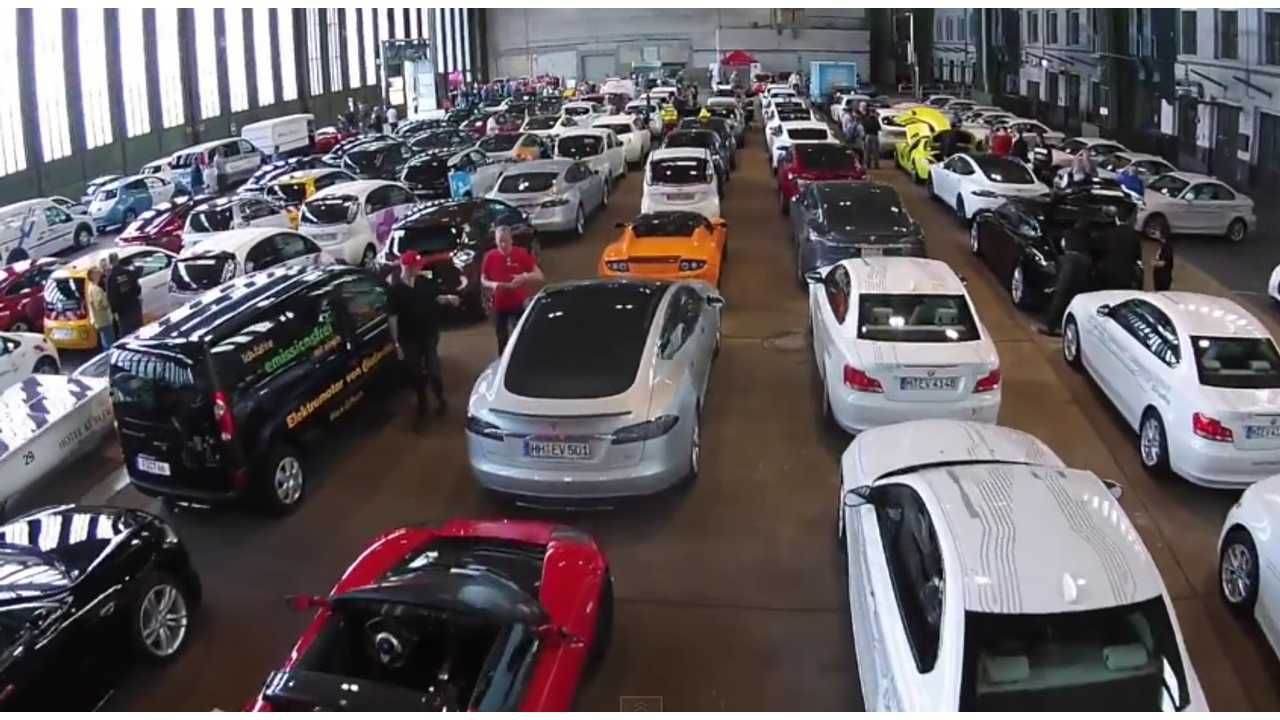 World Record Parade of 577 EVs in Berlin at Formula E round 8 (Thanks to Zoltan Dovath @ Dovath.de) for the illustration!)

At the eighth round of Formula E in Berlin, WAVE Trophy team organized an EV parade.

The previous record for such an event stood at 507 on September 22nd 2014 in the Silicon Valley.

Germany broke the record by a big margin by bringing 577 electric cars together for the parade, which is now the new Guinness World Record for longest electric cars and motorcycles parade.

A few more photos can be found on the WAVE website.

"Pressing all thumbs for tomorrows Guinness world record attempt at the old Berlin Tempelhof Airport for world's longest EV Parade. Berlin hosts the 8th run in 2015 of the FIA Formula E series in the heart of the city at this historic place. More than 800 electric cars are willing to participate to this event.

At least 509 cars will have to participate and successfully cross the finish line in just 55 minutes in order to break the record. We managed the dry run today thanks to the good support of the organization teams with only some drivers - but it looks very promising."

"YES! The current non-official counting is at 577 cars which have participated to the Guinness world record attempt during the DHL FIA Formula e GP at the former Berlin Tempelhof airport. This means that we've got it!

WAVE broke the official world record for the longest EV parade and pushed the limit further up from the previous 508 vehicles. The WAVE electric car rally will begin on the 12th of June 2015 in Berlin, stay tuned for more electric vehicle achievements and join us along the route!"

"Berlin hosted the largest motorcade of electric vehicles ever, with 577 electric cars and motorbikes attending. . Report by Simon Longden."