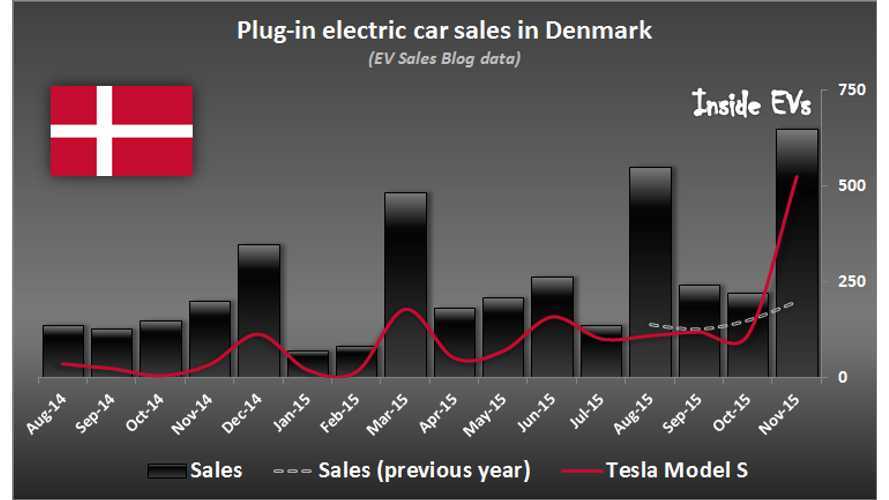 As we had alluded to in last month's sales recap of Tesla Model S sales in the US, November brought a  Tesla sales surge in Denmark.

In total, the 525 Model S registrations accounts for most of the plug-in car sales in for country during the month, and also gives Tesla the #4 position overall for all cars registered in November, regardless of drivetrain.

Tesla holds approximately half (1,487) of the total electric car sales so far this year in Denmark (estimated by EV Sales Blog at 3,106).

As you might remember, Tesla was accused of tax circumvention in Denmark because it registered 2,500 plates. If demand stays high (at least in some months), Tesla shouldn't have a problem selling 2,500 within one year of registering those plates.