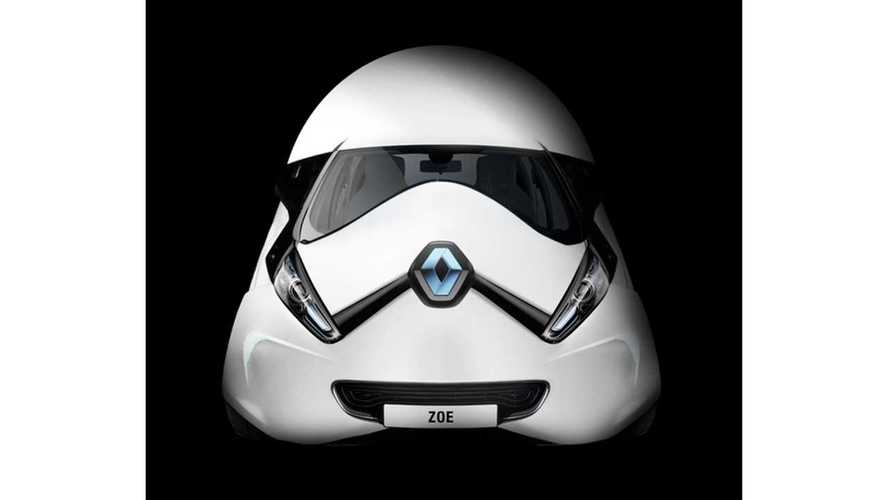 This Renault ZOE may well be the ultimate Star Wars edition electric car (yes, we know it's photo-shopped - via Renault).

There are more electric Star Wars cars then just the ZOE though.

And according to rumors, the cast of Star Wars is often caught driving Tesla. Maybe this is a sign of peace?