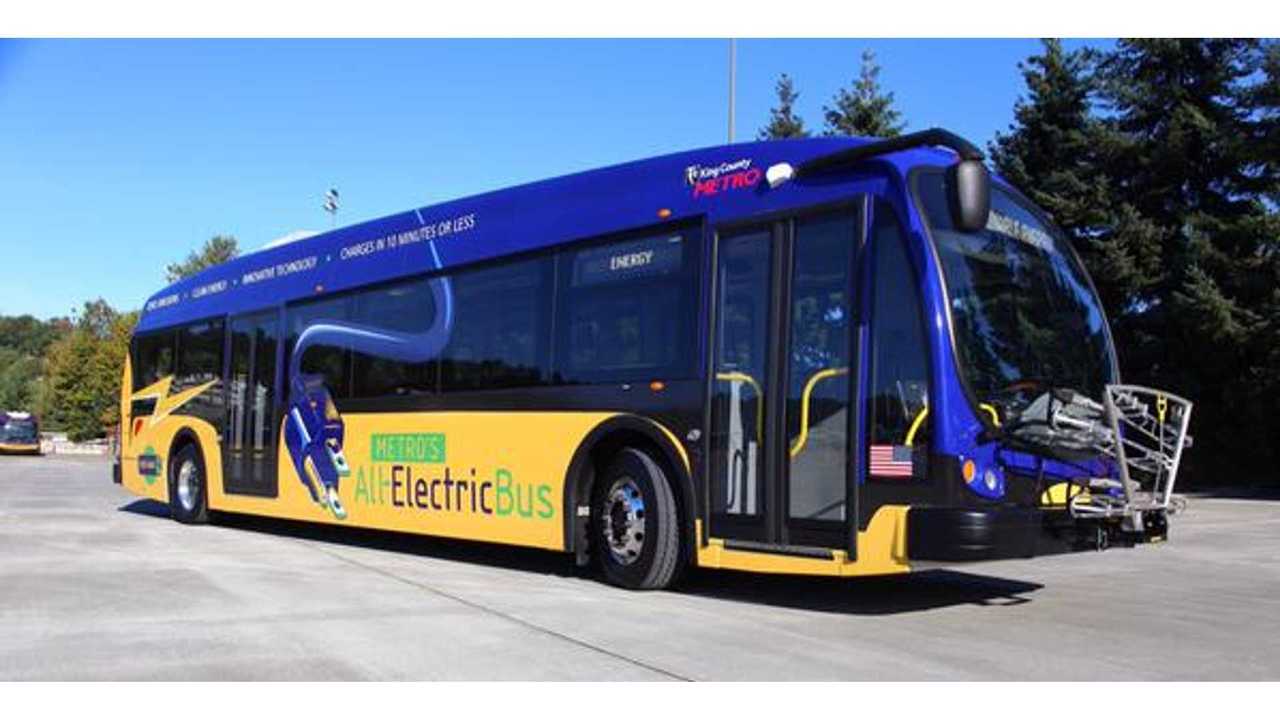 Battery electric buses are just a preview as the company bets mainly on trolleys (174 replacement trolley buses over the next two years).

The new electric bus looks great and below we attached a few videos presenting how they drive and connect to the charger.

Beyond the new trolleys, Metro is pursuing more innovation, thanks to a $4.7 million federal grant. Over the next four to six months, Metro will take delivery of three 40-foot prototype heavy-duty battery-electric buses with fast-charging batteries, manufactured with a composite body by Proterra, Inc.

The new 38-seat buses can travel up to 23 miles between charges, and remain on the road up to 24 hours a day. Batteries take 10 minutes or less to charge. The prototype bus is expected to get 15 miles more from an equivalent unit of energy than a diesel-hybrid coach. A battery-charging station has already been set up at the Eastgate Park-and-Ride lot.

Metro will test the performance and efficiency of the new technology for up to a year on local streets and roads, to determine whether battery-electric buses can be a future replacement option for Metro. The three prototypes will likely be tested on short routes serving the Eastside and downtown Seattle."