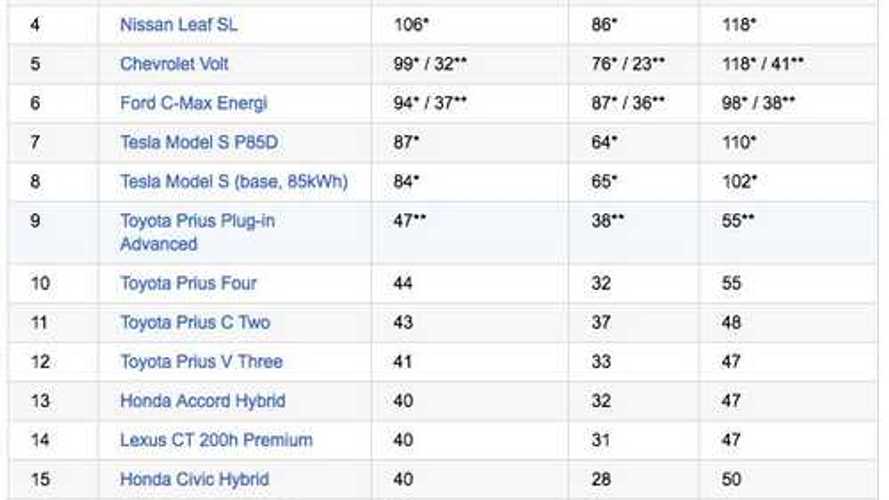 Consumer Reports does not rely upon EPA ratings in its testing.

Rather, the consumer magazine has its own methodology that it believes more closely mimics real-world fuel consumption numbers. Consumer Reports states:

"Measuring fuel economy is among our more than 50 tests we conduct on each car we purchase. Our fuel economy numbers are derived from a precision flow meter and are rounded to the nearest mile per gallon (mpg).

CR's overall mileage is calculated from equal portions of city and highway driving.

After extensive testing, Consumer Reports release this Top 20 list of the U.S.' most fuel efficient vehicles: