$2,500 Federal Tax Credit For Electric Motorcycles Is Back! 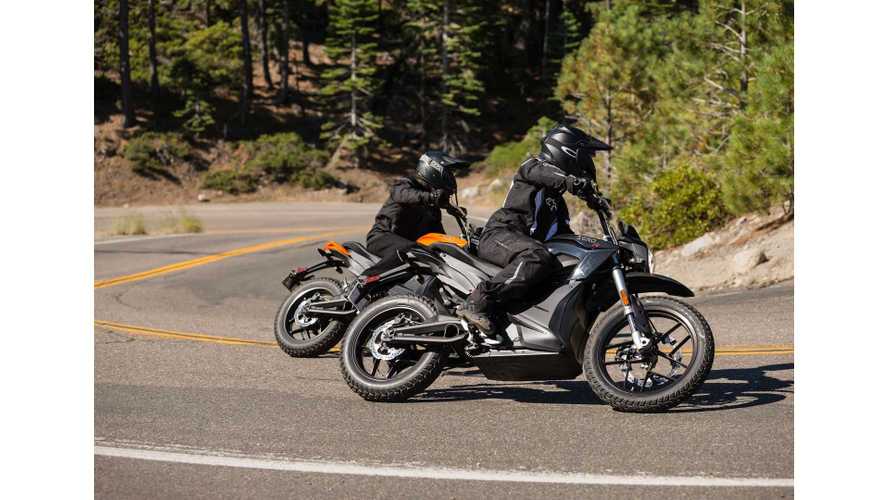 The federal tax credit for two and three wheel plug-in electric motorcycles is back, just in time to apply for all purchases in 2015, and will stay around in 2016.

The news of the 10% tax credit (up to $2,500) resurrection after it disappeared in 2013 was announced by Zero Motorcycles:

"The tax credit was included in the "last minute" tax extenders bill approved by Congress on Friday and signed into law by President Obama that afternoon.

Zero Motorcycles took the lead in working with Plug-In America and a coalition of other electric motorcycle companies to ensure the plug-in tax credit would be extended and include electric motorcycles. Standing together with companies coast-to-coast, the coalition rallied Congress to take action and expand green jobs in this exciting and emerging industry. Zero Motorcycles dealers, customers and fans weighed in as well, urging Congress to support the extension of the plug-in tax credits."

Tax credit is available on all Zero Motorcycles models and we believe that most other models on the market including Victory Empulse TT, latest Alta Motors Redshift, Lightning, Energica and more (provided top speed is at least 45 mph and battery is at least 4 kWh).

"After many months of consistent work with Congress, two major plug-in tax credits, including the 2-3 wheeled plug-in tax credit which had expired at the end of 2013, were extended as part of the final tax extenders legislation signed by President Obama. The signed bill includes the following provisions: