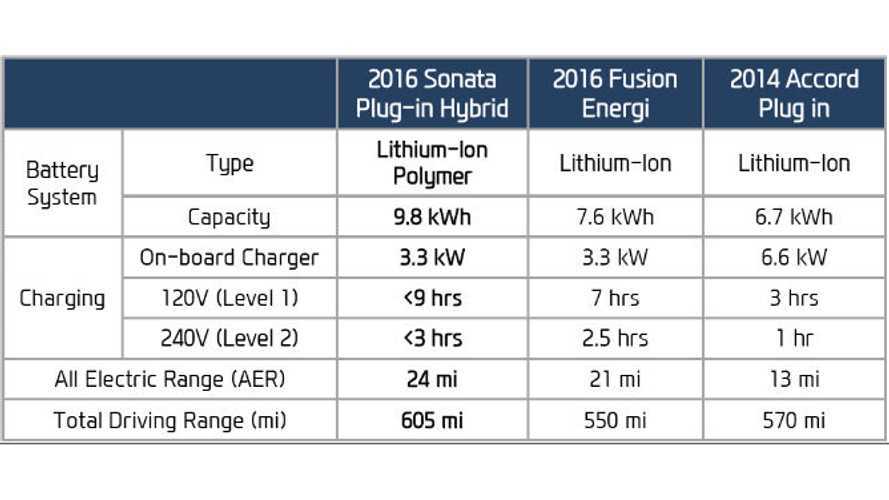 Hyundai recently released a few graphics comparing its Sonata Plug-In Hybrid to the Fusion Energi and the just-cancelled Honda Accord Plug-In Hybrid.

It's rather obvious from the various graphics that the Sonata PHEV competes well with the two other plug-ins.  (Do people even recall that the Honda Accord is available as a PHEV?)

Although not an official EPA number yet, Hyundai lists the Sonata PHEV's all-electric range at 24 miles, 3 more than the Fusion Energi (technically now 5 more after a recent revision lower) and 11 better than the plug-in Accord.

In most of the electric metrics, especially battery capacity, the Sonata PHEV tops the two other plug-ins.  It's interesting to see how well packaged that battery is too. Just take a look at the cargo volume and trunk appearance below.

The only critical mistake Hyundai has made with the Sonata PHEV is equipping it with only a 3.3 kW on-board charger.

We don't yet know pricing for the plug-in Hyundai, but we suspect it'll undercut the Fusion Energi slightly.  So, maybe in the low $30,000 range.