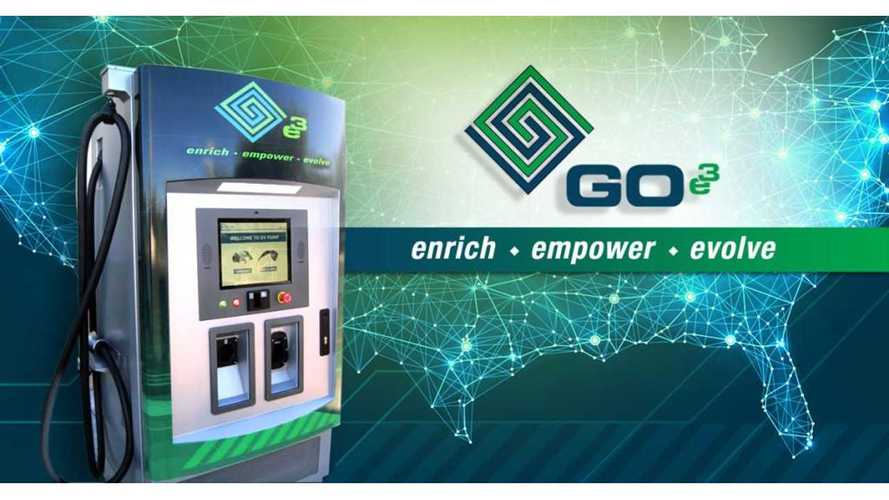 Scottsdale, AZ based company GOe3, which over a year ago promised to build a nationwide charging network on main roads, announced the first Universal Charging Station Route from Phoenix to Tucson.

Between Phoenix and Tucson is about 116 miles - for most of the all-electric cars it would be beneficial to have a DC fast charger in the middle of the route.

GOe3 intends to provide such charging stations with all types of plugs available (CHAdeMO, SAE Combo and J1772 Level 2 for AC charging).

"Electric vehicle owners can now turn their range anxiety into range confidence, with the unveiling of the first universal charging station route from Phoenix to Tucson, as part of a planned roll-out through America.

GOe3, a Scottsdale, Arizona-based company connecting America through coast-to-coast EV quick charging stations, unveiled the first that will accommodate all makes of electric vehicles, including Tesla, Leaf and The Volt. The universal route is the first in the U.S. The universal stations are combination units incorporating both Level 2 and Level 3 quick charging with both CHAdeMO and SAE standards.

GOe3 CEO Bruce Brimacombe in a kickoff event at the State Capitol in Phoenix, underscored the importance of electric vehicles and the positive environmental impact EVs are making as they gain in popularity, which set a fleet of charged electric vehicles heading south on Interstate 10 to Tucson, stopping at charging stations along the way. Participating stations in the initial route include: Chevron Station, Casa Grande; Picacho Peak Plaza, Picacho Peak; and AM/PM Tucson, Ariz."

According to the press release, it seems that there are already few locations (one in Phoenix, one in Casa Grande and one in Tucson), but the press release doesn't contain info on pricing. We failed to find pricing info on the company's website.

In an article in Tucson Local Media, Brimacombe said:

“We are looking at having one to 10 universal charging stations every other month. We don’t want to slow down.”