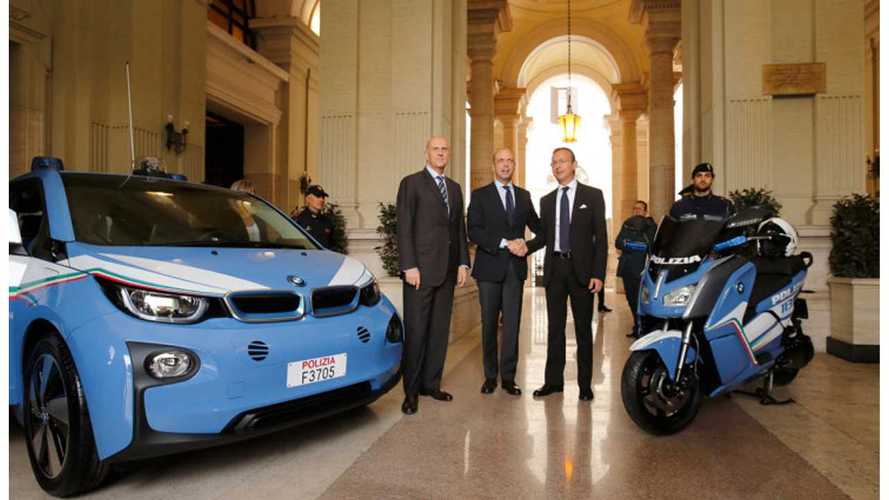 Apparently, the 10 electric BMWs are on loan to the Italian police for the duration of the event.  Our guess is that the police will purchase the vehicles at the end of the event, rather than returning them to BMW.