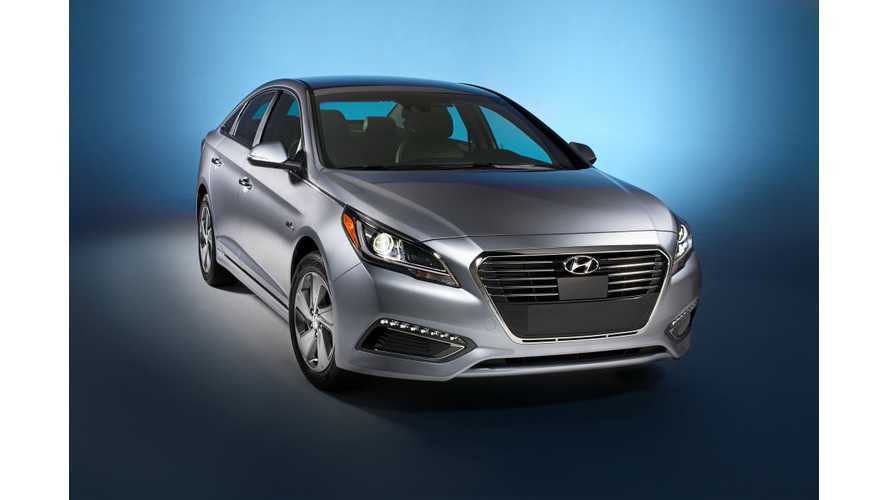 Autoblog has discovered some crucial details on the U.S. rollout of the 2016 Hyundai Sonata Plug In Hybrid:

"Technically, the upcoming 2016 Hyundai Sonata Plug In Hybrid will be available in all 50 states. It will just be a lot easier to get in the ten ZEV states. That's because in the 40 states that do not follow California's Zero Emission Vehicle regulations, Hyundai dealers will not be stocking the plug-in version of the Sonata when it goes on sale in the fall of 2015."

So, if you reside in California, Connecticut, Maine, Maryland, Massachusetts, New Jersey, New York, Oregon, Rhode Island or Vermont, then you'll just walk into your local Hyundai dealer and be able to pick a Sonata PHEV from stock or order one to your liking.  If you live in one of the other 40 states, then it's likely that your local dealer won't have a Sonata PHEV on the lot, but you'll still be able to custom order one.

"If you just look at the sales, basically all our competitors, over half of their plug-in hybrid sales are right here in the state of California.  Usually, much more than half. If you cover the ZEV states, you're going to cover over 85 percent of the sales already. And we're going to make sure that our dealers can accommodate and customers that wish to buy outside those states."

But at least the Sonata PHEV will be available in all 50 states and at all Hyundai dealers.  The same can't be said of some other plug-in cars.