Once Again, Tesla CEO Elon Musk Tells Us Everything Is A-OK With The Model 3!

Tesla's CEO took to his favorite venue (Twitter) to both re-confirm and add some new information of the long-anticipated Model 3, as well as the pricing and release date on the Model X.

The CEO also added some more background on the production timelines, saying that a fully functional Gigafactory was a must:

And while logged in, the Tesla CEO must have figured why not add some clarity to the pricing of the upcoming "regular" Model X?   Of which the Signature Series edition Design Studio just went online for.

The Model X in P90D configuration is good for 240 miles of range, and a 0-60 time of 3.8 seconds (3.2 with Ludicrous package).  More details, pricing and specs on the Model X Signature Series can be found here. 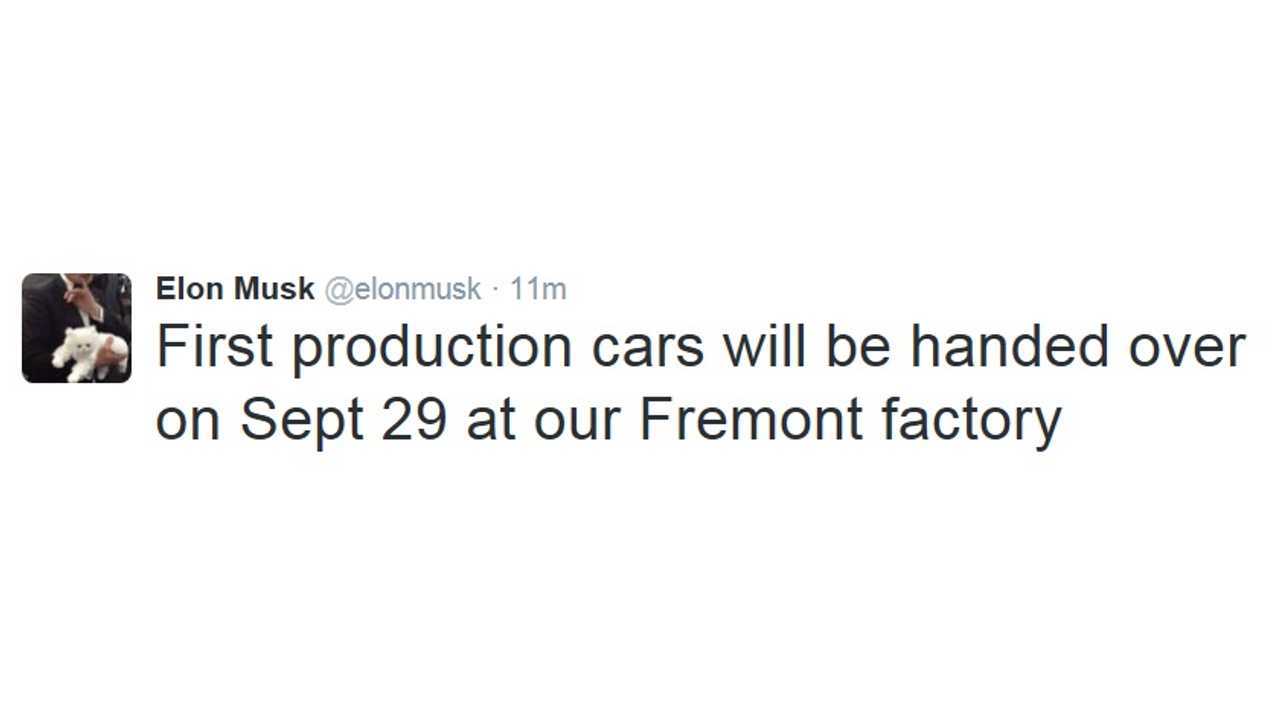 Really, is there any other/better confirmations you could ask for?