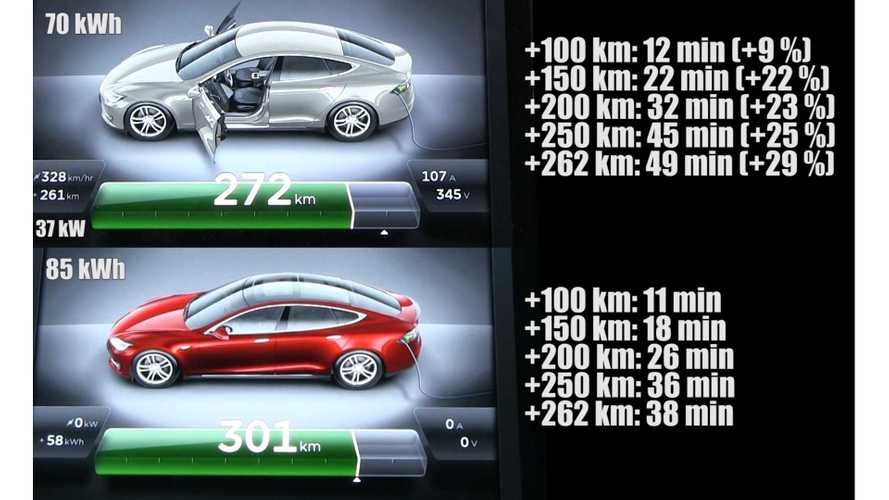 In other words, buying an 85 kWh you not only gets more range, but also the capability to charge quicker.

On the other hand, this is just 11 minutes of difference between 38 minutes in 85 kWh and 49 minutes in 70 kWh, so not a big deal unless you use Superchargers often

"A comparison between the 70 kWh and 85 kWh battery pack when supercharging. Notice that during the charging, the 70 kWh power goes up and down. This is probably due to heat so the battery management system will temporarily reduce supercharger power until the temperature is at a safe level where the battery won't take permanent damage."