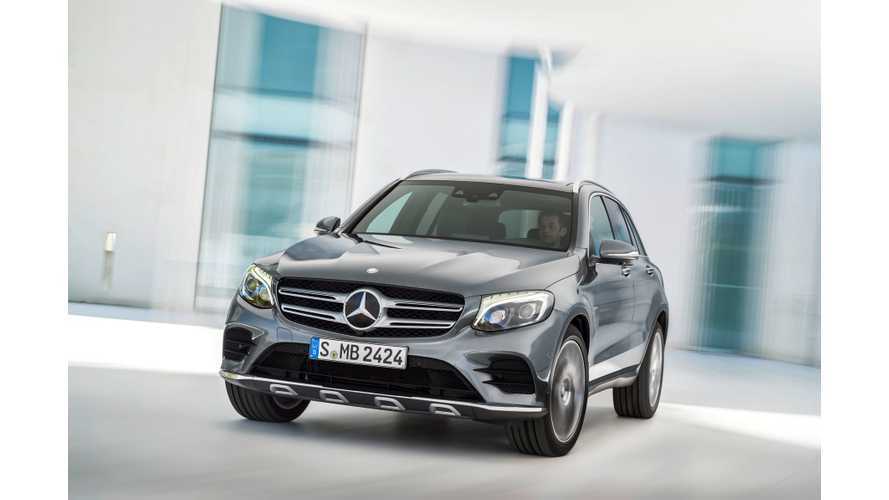 Thus far, Mercedes-Benz has shown only a slight interest in pure electric cars. The automaker has instead focuses on plug-in hybrids with very minimal electric-only range. That may change though as Autobild is reporting that M-B is prepping a pure electric ELC crossover (based on the Mercedes-Benz GLC) for production starting in late 2018.

"Autobild is reporting the model will be based on the GLC but feature unique styling that puts an emphasis on aerodynamics. The styling changes are expected to be pretty dramatic as the publication is reporting only the roof and windows will be shared with the standard model."

Additionally, the ELC is expected to have a Tesla-like flat battery pack mounted underneath the floor of the vehicle. Two or more electric motors will be present, with total horsepower claimed to be up to 536.

Wireless charging is rumored to be included and pricing is suggested to start at below $54,600.

Beyond the ELC, Autobild suggests that Mercedes could launch a pure electric ELA by 2020 or so. The ELA would be based on the GLA and would competes with the likes of the Tesla Model 3 in regards to range and price.