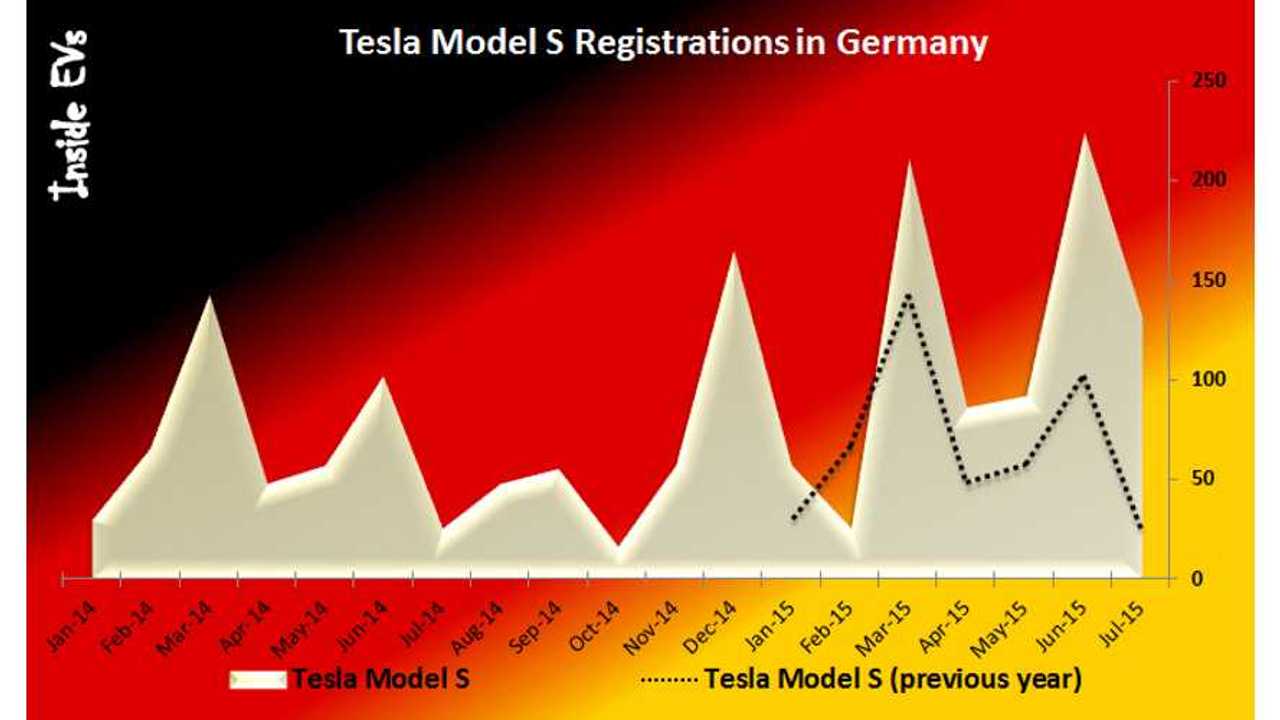 Model S sales in Germany are not satisfactory for Tesla, while in the small neighboring Switzerland sales are high (at least in relation to market size).

The result is to draw in Jochen Rudat, Tesla’s boss in Switzerland, to take care of Tesla's business in Germany and Austria, as well.

Tesla target for Germany stands at 1,000 Model S a month

Philipp Schroeder, the man in charge of Tesla Germany since February 2014, moves back to sales and marketing at Sonnenbatterie.

Tesla is not only not selling 1,000 cars a month in Germany, but hasn't achieved near a four digit result to date.

On the other hand, Tesla Model S sales are higher than other plug-ins with a similar price tag.

"Germany does not offer incentives to buyers of electric or plug-in hybrid vehicles. Tesla sells mostly to private buyers in Germany and has also struggled to win sales in Germany's high-end fleet market."