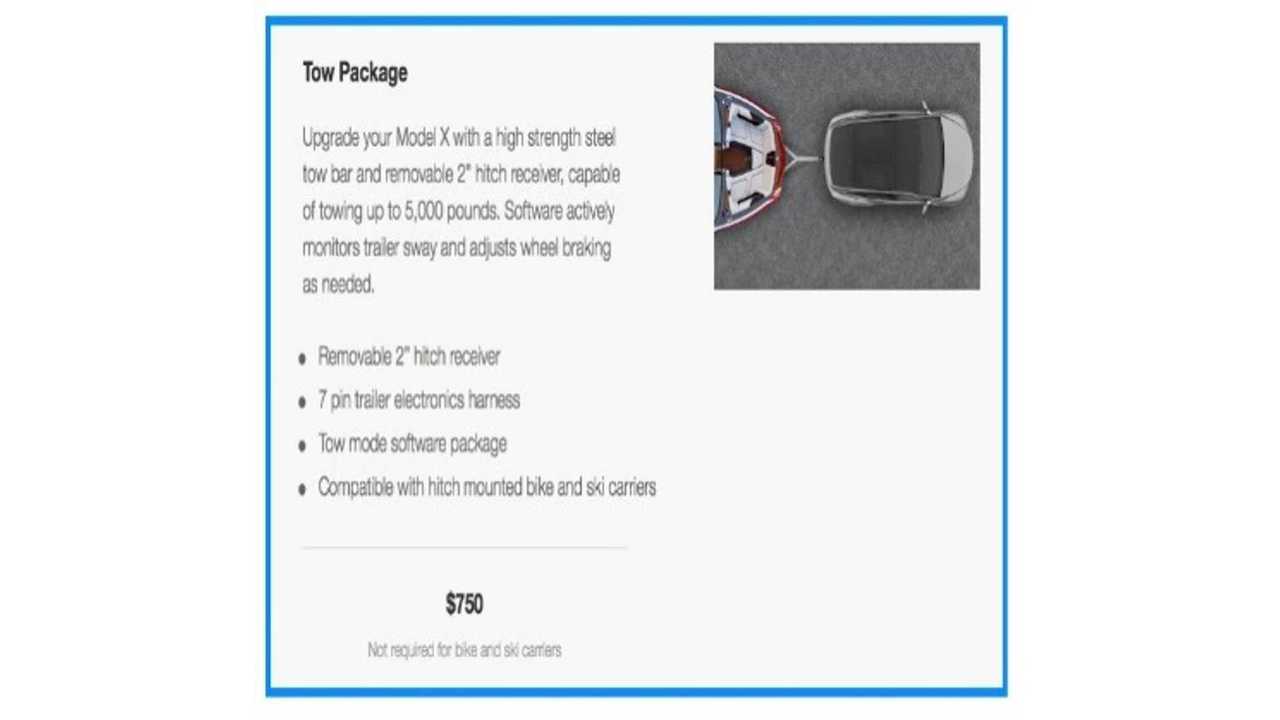 As we predicted, the Tesla Model S won't tow "close to 10,000," as previosuly claimed by Tesla’s VP of Regulatory Affairs, Jim Chen.

A Tesla spokeswoman agreed with us, stating that Chen's claim was “not intended to be an absolute figure.”

Our guess was that the Model X would "be rated to tow no more than 6,000 pounds."  Turns out we were right.

When equipped with its optional $750 tow package, the Model X can tow "up to 5,000 pounds," which should hopefully satisfy the needs of most buyers.