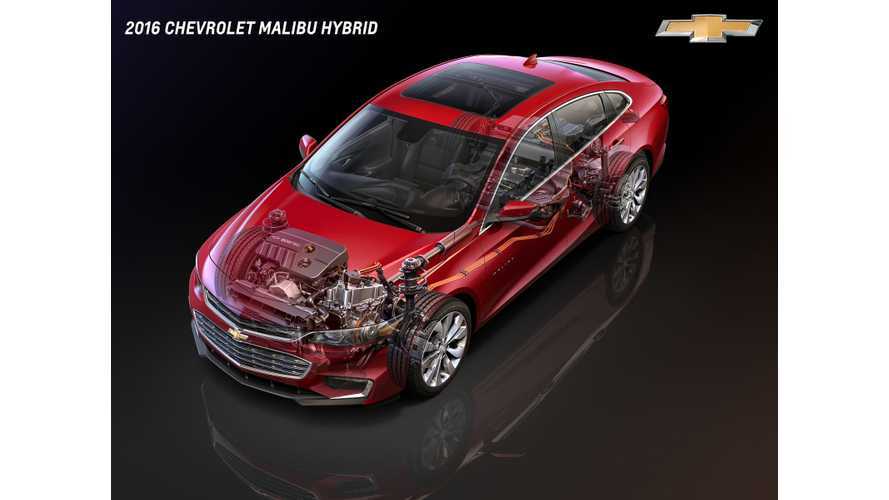 In the case of the Chevrolet Volt, Spark EV and ELR, General Motors selected LG Chem as the sole lithium-ion cell supplier.

But for the new 2016 Chevrolet Malibu Hybrid, batteries will come from Hitachi Automotive Systems.

It's interesting that those cells are capable of 5,000 W/kg power output, at the same time still achieving a not so bad 80 Wh/kg energy density.

These prismatic lithium-ion battery cells being delivered for the 2016 new model Chevrolet Malibu Hybrid employ heat resistant separators to ensure the ionic conductivity between the positive and negative electrodes, achieving not only a high output power density of 5,000W/kg, but also a high level of safety. In addition to this, the battery's ability to maintain its high output power density in GM evaluations, even under extremely low temperatures such as the minus 30℃ cold region test, led to its adoption.

Hitachi's lithium-ion battery operations for vehicles began in 1999, leading the charge worldwide and beginning mass production of safe, high-performance, long lasting products. To date, a total of over 5 million lithium-ion batteries have been introduced into the market for commercial hybrid buses and trucks, as well as hybrid passenger cars."

Battery in non-plug-in hybrids is of course very small - just 1.5 kWh and this is why the 5 kW/kg power density is needed.