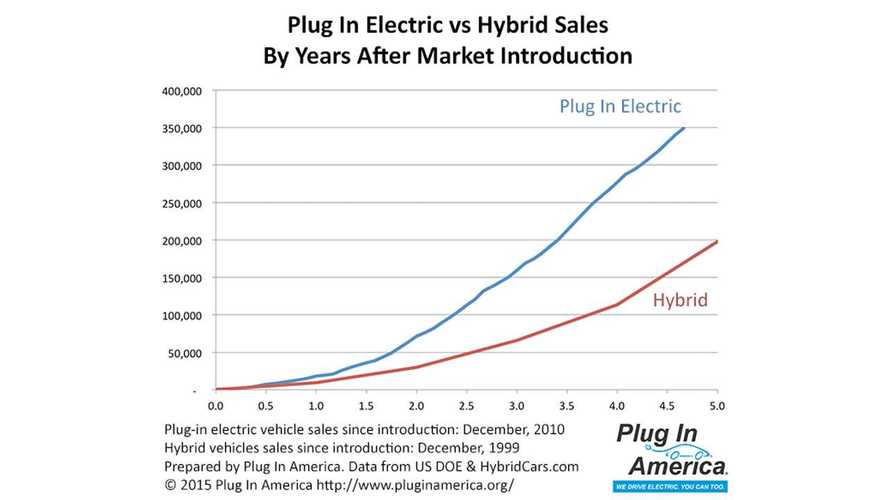 Plug In America compared sales of hybrid and plug-in (hybrid and all-electric) cars in the US in their first years of wide market availability in modern times.

With 350,000 plug-ins under the belt, and still a few months before we fully close out the first five-year period, EVs are on track for 400,000, which would be double the sales result for hybrids in their first five years.

Both the Nissan LEAF and Chevrolet Volt remain market leaders with over 80,000 sales in US.

Plug-in cars are much more difficulty to sell as their prices are higher than conventional hybrids and some consumers are not willing to buy them because insufficient range and lack of a home charging spot. Current pace of sales should be considered as good, though hybrids typically didn't receive high support in the form of tax credits and state rebates as plug-in cars do today.