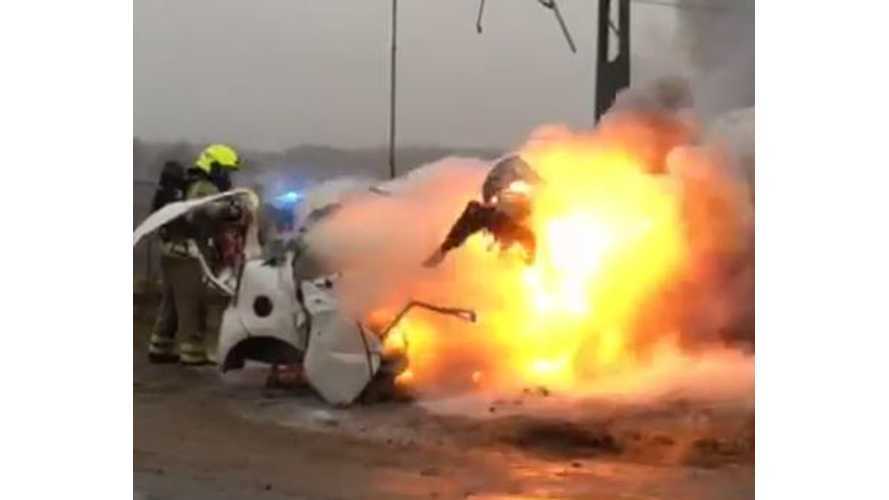 Volkswagen e-Up! After The Wreck

A Volkswagen e-Up! electric car reportedly exploded following an impact with a train.

The story, translated from Norwegian, makes only a little bit of sense to us, but here's what we could decipher.

Christopher Traasdahl Sæther somehow managed to leave the VW e-Up! on the train tracks after being caught and trying to escape between the "booms," which block entry onto the tracks when a train is inbound.

Editor's Note/update:  originally it was believe that Mr. Sæther may have been under the influence of something during the incident, which was not the case

He then exited the car prior to the train striking it. He was uninjured, but as expected, the car was destroyed (loud bang heard by witnesses and described as an explosion).

Moral of story?  Trains always win in collisions with cars.

Luckily, nobody was injured on the train either (189 passengers on board), but when emergency crews arrived to clear the scene, the e-Up! then ignited (thermal runaway, probably) and fire engulfed the vehicle.