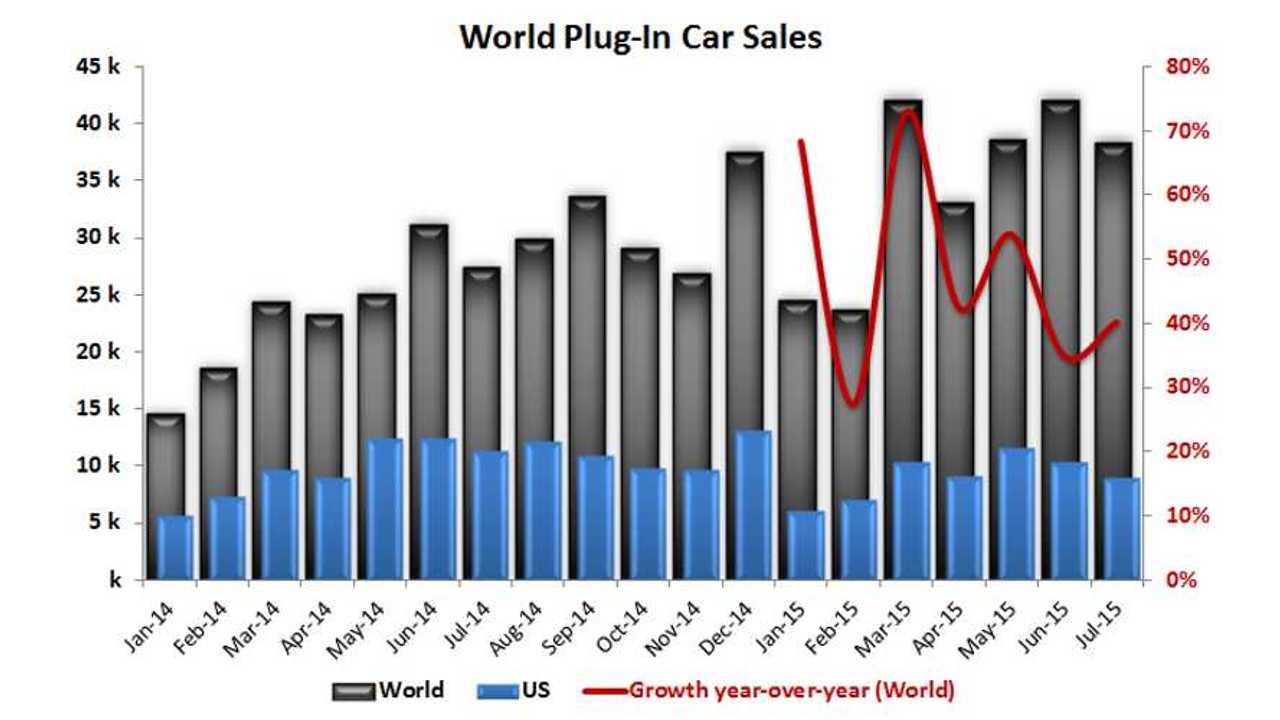 Our sales data (see US scorecard for August) and EV Sales Blog is indicating strong 40% (maybe even a few percent higher) growth of global plug-in electric car sales in July.

Estimations vary from around 36,500 to 38,500 plug-ins sold worldwide in July.  (As to why we are talking July and not August: worldwide data generally takes 3-4 weeks past the end of the calendar month to completely compile)

Most of the growth comes from China and Europe.

Mitsubishi Outlander PHEV was the best selling plug-in model in July, while BYD sold the most plug-ins

2016 Mitsubishi Outlander PHEV entered the Japanese market and that was enough for it to take charge for July.

Here are the individual sales so far this year, courtesy of EV Sales Blog:

For manufacturers, there's an important change to note - BYD is now ahead of Tesla and is heading for Nissan with a goal of 60,000 plug-in sales in 2015.