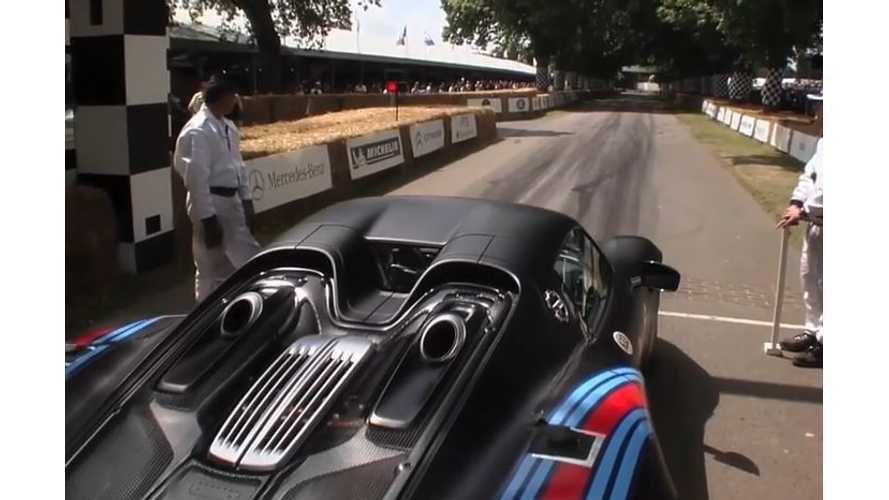 Over the past 12 months, only 3 vehicles tested by Autocar received the "coveted five-star road test verdicts."

Of those three vehicles (Porsche 918, Ferrari 458 Speciale and Range Rover Sport SVR), one is a plug in: the Porsche 918 Spyder.

"Quite rightly, this is a rare and hard-earned accolade - and tonight we have just three to add to the distinguished list."

Autocar's verdicts on the 918 Spyder is as follows:

Porsche 918 Spyder - This is a Porsche and Porsche is rarely caught out. Accelerating in gears, through gears, on the road and on a circuit, the 918 Spyder has nothing to fear from any other car in its class.

The 918 Spyder joins the McLaren P1 as the only two plug-ins to receive five-star road test verdicts from Autocar.  The Tesla Model S P85D scored 4.5 stars when tested by Autocar.