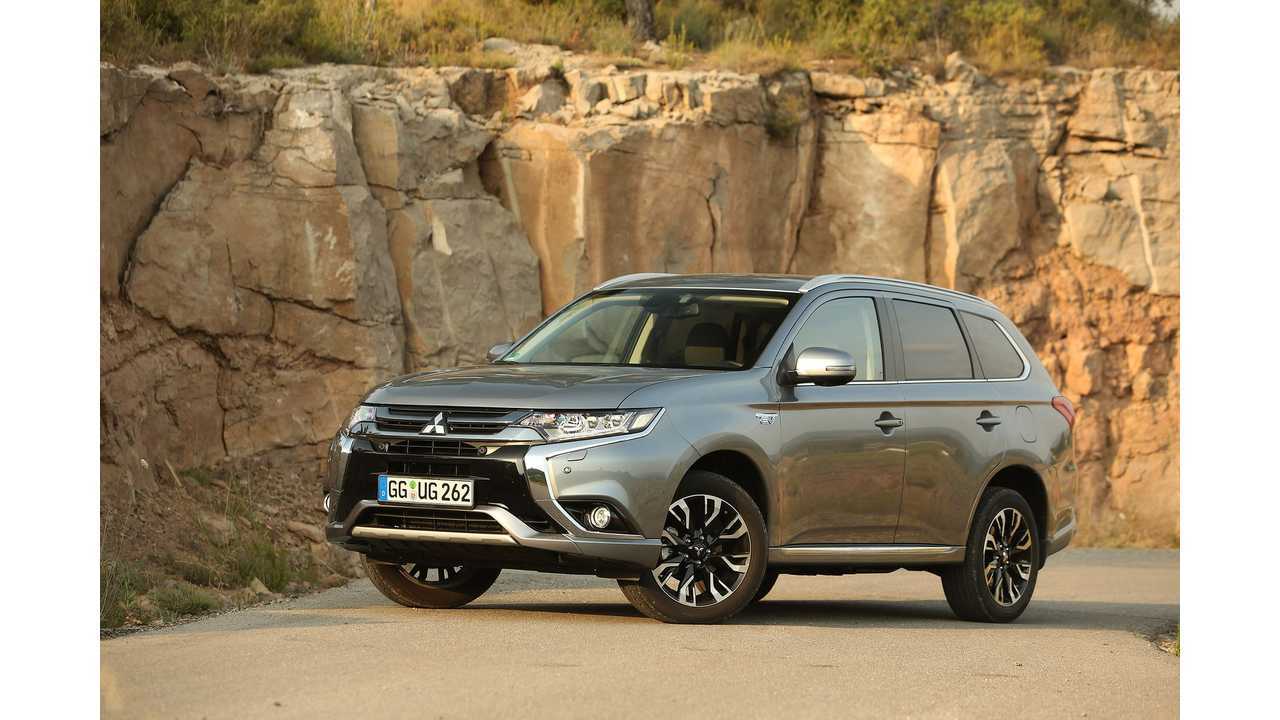 Mitsubishi confirmed that the new 2016 Mitsubishi Outlander PHEV, which in July went on sale in Japan, will be unveiled in Frankfurt at the 66th International Motor Show (IAA).

Sales of revamped Outlander PHEV in Europe will begin in September.

On the stage Mitsubishi will also present its rally version of the Outlander PHEV, which will compete in the Baja Portalegre 500 cross-country rally (after its  rally in Asia).

The Japanese manufacturer for the very first time seems to willing to sell Outlander PHEV in Europe with optional V2H system (previously available only in Japan).

"MMC will also have a display outlining Vehicle-to-Home (V2H) electricity supply system that will be available for the new Outlander PHEV."

Total sales of Mitsubishi Outlander PHEV already stand at some 70,000.

About the 2016 Mitsubishi Outlander PHEV:

The new Outlander PHEV is a plug-in hybrid electric vehicle capable of supplying electric power to the home, adding to its utility value even when parked.

The Outlander PHEV was first launched in Japan in January 2013 as the world's first plug-in hybrid 4WD SUV. Now exported to 48 countries including those in Europe, it is the world's fastest selling PHEV with cumulative sales of some 70,000 units.

It is powered by Mitsubishi Motors' Plug-in Hybrid EV system, comprising a Twin Motor 4WD drivetrain, with separate motors driving the front and rear wheels, and a high-capacity battery located under the floor that provides electric-only driving without gasoline usage nor CO2 emissions. The Outlander PHEV is a premium SUV which offers unprecedented performance for its class, including the smooth and responsive acceleration the Twin Motor 4WD delivers, and the outstanding economy and quietness it provides in EV mode."

The new-look Outlander PHEV features a premium interior design that creates a high-quality and luxurious space.

(5) Improvements in handling, stability and ride

(6) Better environmental performance
(7) Safety
2. Outlander PHEV and V2H Power Supply
Two-way electrical power supply capability using V2H*6 technology between an EV and the home already in use in Japan*7 will be rolled out in Europe with the new Outlander PHEV.
The new Outlander PHEV is not just a means of transport. Its V2H capability also gives it new value in being able to supply power to the home when stationary from electricity stored in its drive battery. In addition, by linking up to a Home Electricity Management System (HEMS) it enables more efficient use of domestic power supply by reducing wasteful usage of electricity.
Moreover, when paired with solar and other forms of renewable energy sources the new Outlander PHEV also makes it possible to use electricity more environmentally-friendly and more effectively for the home.
*6: Vehicle to Home.
*7: With a separate V2H device. Some V2H devices may or may not be compatible with the Outlander PHEV.