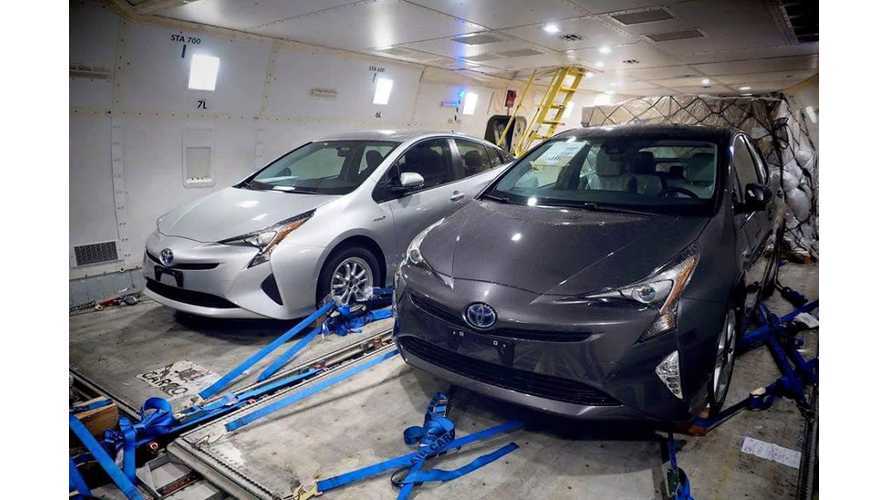 We figured we'd share these leaked images simply because a plug-in hybrid version of the next-generation Toyota Prius is coming...eventually (and will look near identical).

It's apparent that much of the styling cues of the Toyota Mirai FCEV are present in the upcoming 2016 Prius.

"Confirmed for debut on September 8, the hybrid vehicle is heavily influenced by the Mirai, featuring boomerang-shaped projector headlights and a two-stage grilles configuration. The car appears to be slightly bigger than the current model with roughly the same side profile."

"Based on the Toyota New Global Architecture (TNGA), the hybrid model is expected to be significantly more efficient than the third-gen Prius. Power will be provided by a hybrid system, consisting of a 1.8-liter petrol unit and an electric motor with a total output of 150 PS (110 kW)."

The plug-in version, when it arrives in late 2016 or early 2017, is expected to go up to 35 miles in all-electric mode on a single charge, according to reports.