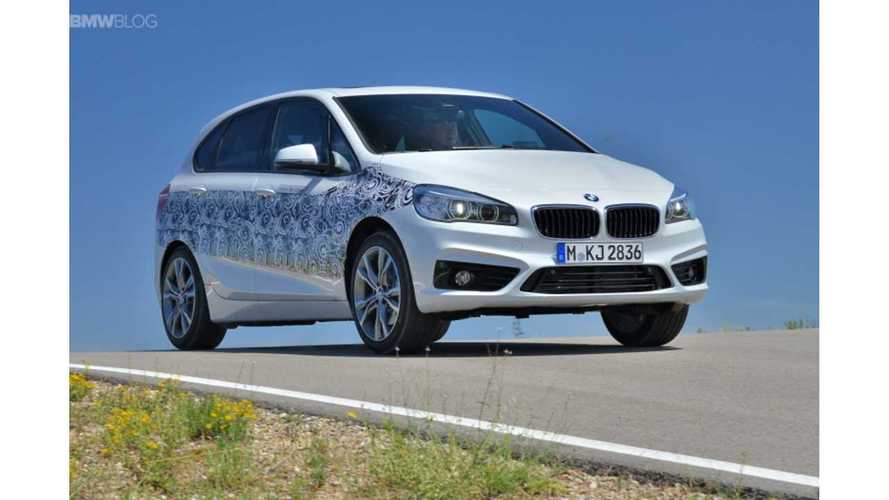 According to BMWBLOG, German automaker BMW has decided to give the green light to a plug-in hybrid version of the 2 Series Active Tourer.

BMWBLOG claims that the PHEV version will launch in 2016 with a badge that reads BMW 225xe:

"BMW has decided that the new 2 Series Active Tourer is doing well enough that it wants to give it a new model. An eDrive plug-in hybrid model. The BMW 225xe Active Tourer will come to market in 2016 and it will likely be followed by Gran Tourer and X1 hybrids."

"Our sources say that after lots of deliberation, the badge on the car will say 225xe."

The PHEV Active Tourer will "feature BMW’s 1.5 liter three-cylinder TwinPower engine, transversely mounted powering the front wheels through a six-speed automatic, and an 88hp / 136 Nm/100 lb-ft of torque electric motor, powering the rear wheels through a two-speed transmission," according to BMWBLOG.

Or, basically, a BMW i8 with the powertrain flipped (i8 has rear engine and front electric motor).

The 2 Series Active Tourer will launch in Europe in 2016.  It's unclear at this time as to whether or not this crossover will be sold in the U.S.