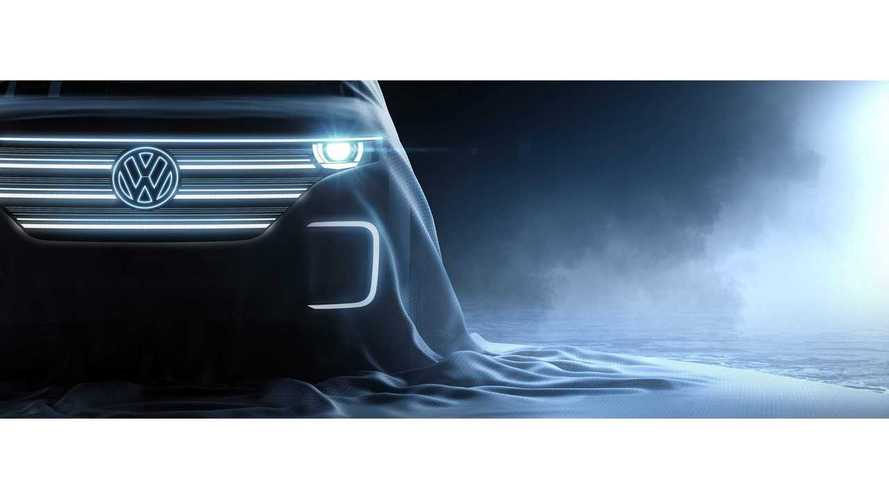 Volkswagen teased its latest electric concept car, which will be unveiled at the 2016 CES and is expected to be based on a Bulli/Microbus reincarnation.

What we know is that it will be an all-electric car with long range.

"In 2016 Volkswagen is once again represented at the Consumer Electronics Show, CES, which takes place from 6 - 9 January in Las Vegas/USA. Dr Herbert Diess, Chairman of the Volkswagen Passenger Cars brand, will be holding the keynote on the evening before the show opens its doors. The main focus of his speech is on the latest developments in electromobility as well as the next generation of connectivity.

Volkswagen will present a completely new concept car at the CES, to illustrate the major changes that the car is set to go through in the next few years. First and foremost the world premiere marks the beginning of a new era of affordable long-distance electromobility. Over and above this, innovative features will demonstrate the benefits to the customer that Volkswagen will be able to deliver in the near future thanks to the increasing interconnectedness of the motor car. As well as that, new display and operating concepts will also be making their debut in Las Vegas. For instance, Volkswagen will give quite a clear glimpse of the latest developments in in-car infotainment that are on the verge of being launched onto the market. This will see innovations such as the Golf R Touch concept car finding their way into Volkswagen's broad product portfolio."

Compared to the previous Bulli concept or Cross Coupe GTE, the style seen in the teaser image is definitely different.