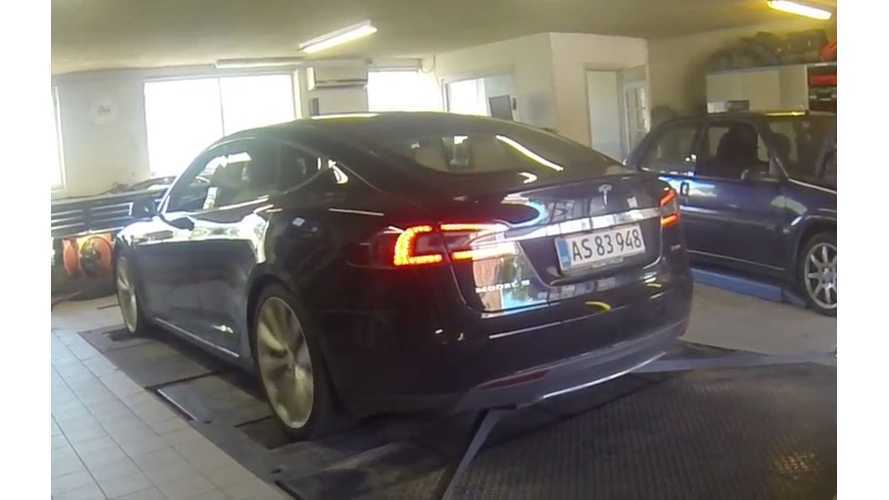 High power and instant torque of Tesla Model S P85D causes problems for those who test it on the dyno.

"While we had trouble getting our Tesla Model S P85D to stay put on a Mustang Dyno back in January due to it’s massive amounts of instant torque, another Tesla P85D owner ran into similar but more destructive issues when trying to dyno his P85D.  After going full power from a slow roll on an AWD dyno, the instant torque was measured at 700+ ft-lbs before breaking one of the dyno belts.

On a previous run where they gradually applied power they measured 435HP and had the Tesla up to it’s 155 MPH top speed on the dyno."

Well, it seems it's time to develop dynos for the upcoming new generation of AWD electric cars with at least 1,000 kW.