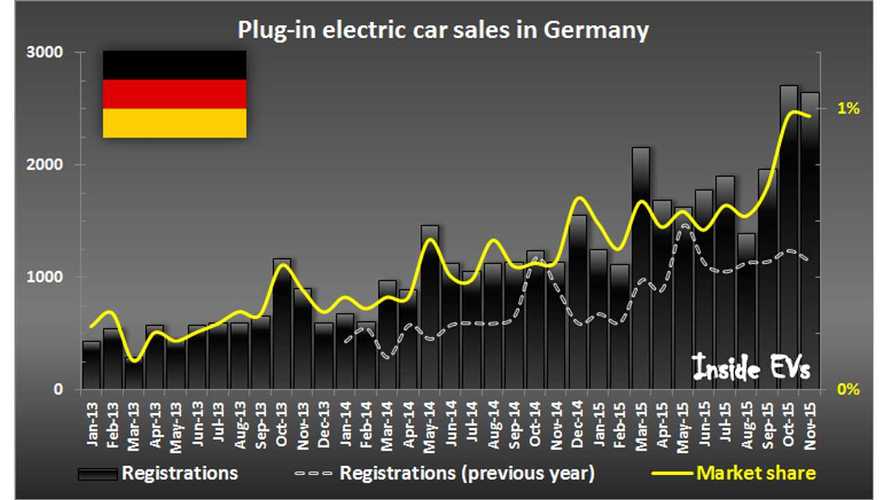 If we look at the official plug-in electric car registrations data from Germany - everything looks fairly  splendid.

In November and October, nearly 1% (0.97% and 0.98 respectively) of the automotive market belonged to plug-ins.

In total, the 2,655 plug-in electric car registrations for November is the second best result ever. 465 of which, comes from Renault ZOE, while another 462 comes from the Kia Soul EV (with possibly some even staying in the country) alone.

The growth year-over-year is relatively strong, although we know that there is something screwy with going on with those phantom Kia Soul EV sales (and perhaps some other models too), therefore we expect the real domestic sales results to be below 0.8% market share.

Tesla Model S is not included in the list below, but 136 registrations is in-line with this year's average.