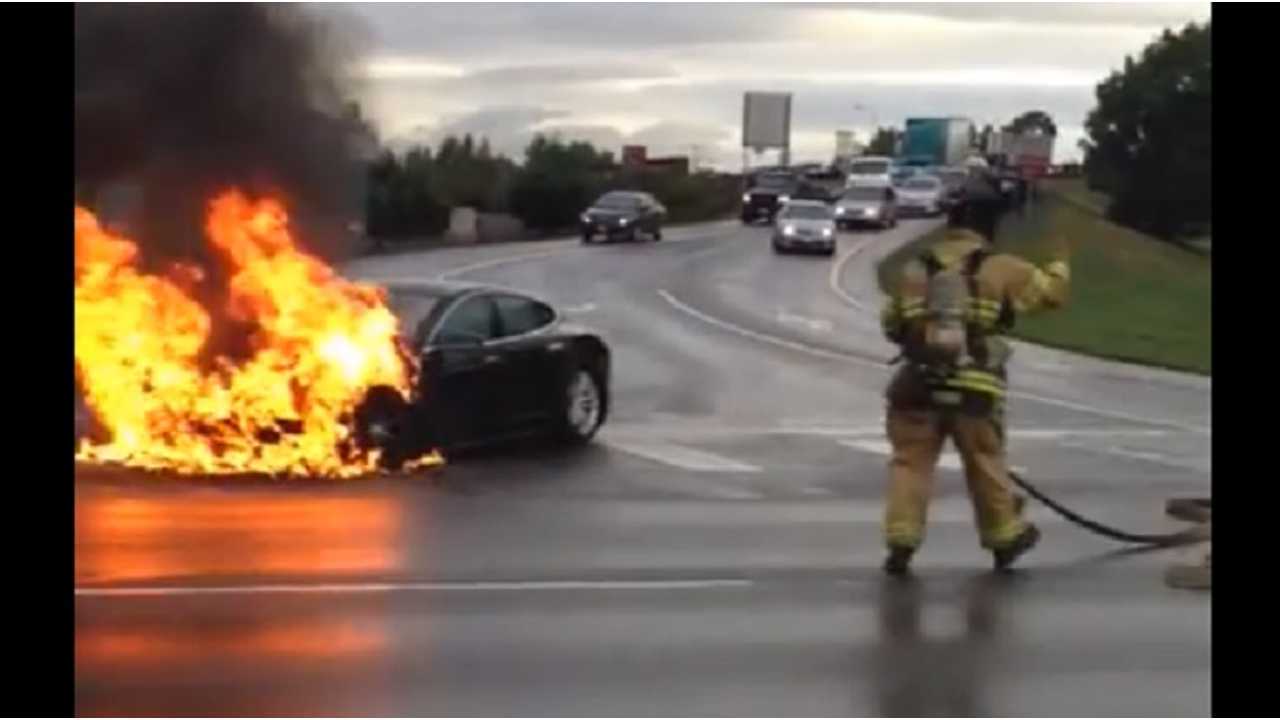 Electric car fires were one of the topics at the 2015 SAE World Congress.

In the video from The National Fire Protection Association tests, we already saw that extinction of EV fire could take a lot of water (more than a conventional car).

There is really no shock hazard for the fire team, although there is always a risk of re-ignition of a hot battery. One of the tests described in article Full-scale Fire Tests of Electric Drive Vehicle Batteries indicates that re-ignition occurred 22 hours after fire was extinguished.

"The overall goal of this research program was to develop the technical basis for best practices for emergency response procedures for EDV battery incidents, with consideration for suppression methods and agents, personal protective equipment (PPE), and clean-up/overhaul operations. A key component of this project goal was to conduct full-scale fire testing of large format Lithium-ion (Li-ion) batteries as used in EDVs.

This paper summarizes the full-scale fire tests performed, reviews the current emergency response tactics, and discusses what, if any, tactical changes relating to emergency response procedures for EDV battery incidents are required."

Separate work on electric car battery fires Fire in electric cars in Norway concerned the Peugeot iOn. Researchers first increased temperature of the battery pack to some 150-200°C, at which point the cells went into thermal runaway. Flames were observed after 9 minutes and temperature reached 800-900°C with peaks at over 1,000°C.

Both articles are available to read in preview mode.