TRON Lightcycle Sells For $77,000 At Auction 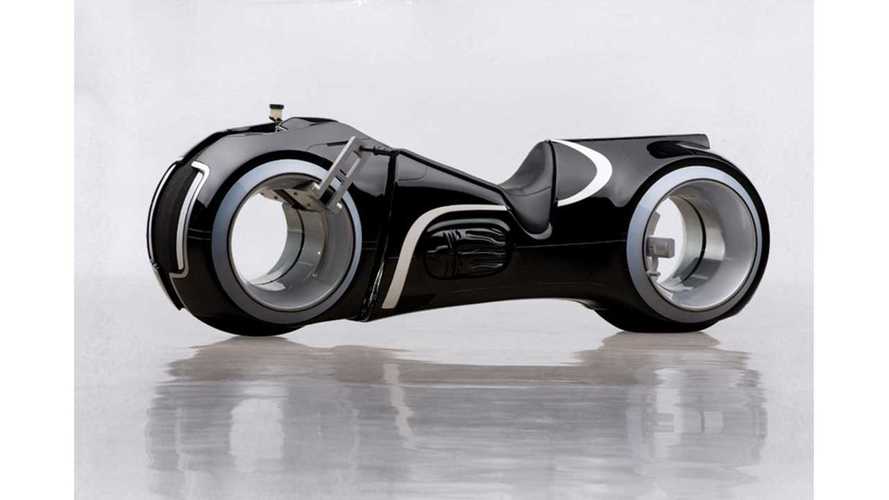 Well, you missed it.  Unless you're the lucky guy who bought this $77k work of art at the RM Auctions/Sotheby's auction on May 2.

Described as a "96 volt, direct-drive electric motor with lithium batteries and a computer-controlled throttle, rebound and compression damping with spring-preload front suspension and rigid rear suspension, and front and rear hydraulic brakes: A recreation of the Tron: Legacy motorcycle..." and "The ultimate homage for any fan...", the bike was owned by The Andrews Collection, and "partially built by an outside firm and then sent to the Andrews’s own shop for completion..."

That "outside firm" was the Parker Brothers.  The truth of the matter is, Parker Brothers has been selling them direct, according to their site, and has delivered a handful of them - at something like a $50k price point.  (It should be noted that the Parker Brothers have the dubious distinction of living on "Mullet Road" in the Sunshine State of Florida, though no mullets were seen on any of their sites.)

For that kind of money, we'd like to see something done about that front brake reservoir sticking up like a wart, huh guys?

Now, cool as it may be, this is one of those funny things that looks sweet in photos, and maybe in real life, but riding it?  Check out the video...  "awkward" sort of begins to describe it.  Watching this thing run at higher than "cruisin' down the Boulevard" speeds?  No thank you.