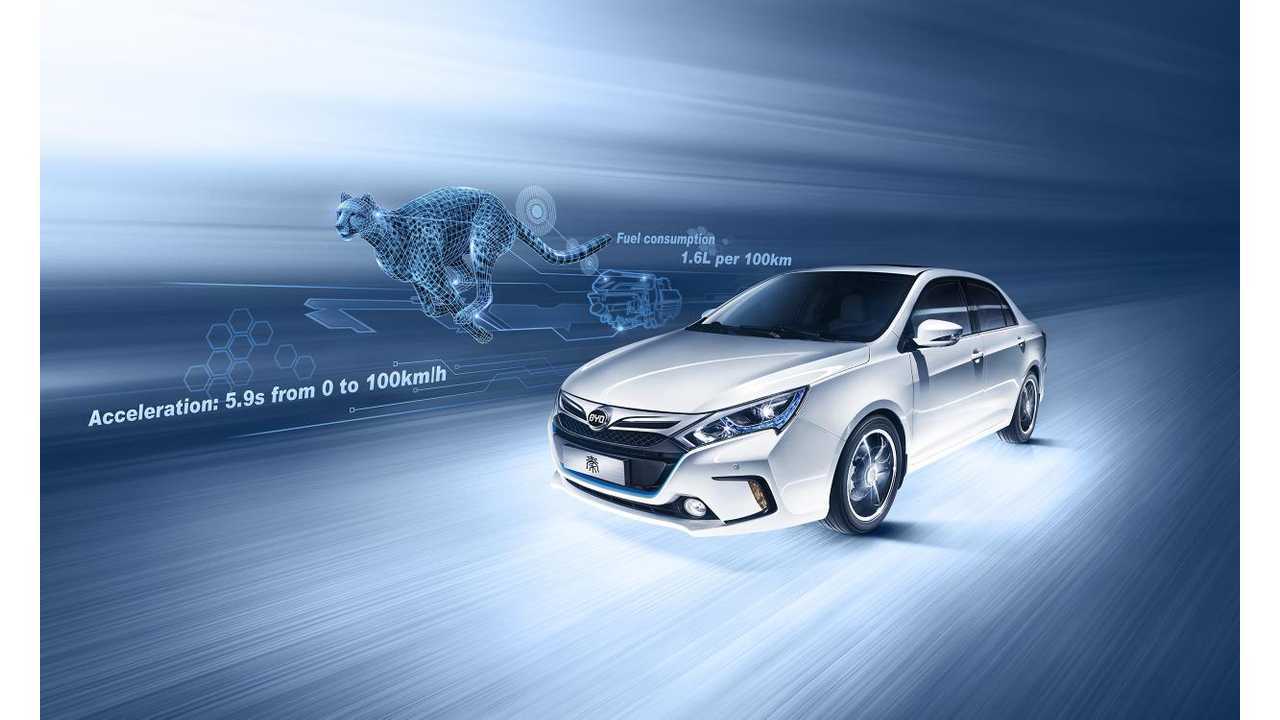 This is still the most popular model in the Chinese market that step-by-step is moving to be world's largest (plug-in electric car sales).

All-electric model e6 is going strong with 890, which in total translates to 3,515 BYD plug-in electric cars sold in April.

At such pace, only those two models would in a year raise demand for BYD's batteries to over 1 GWh, not counting other applications.

The only all-electric model ahead of BYD e6 in April was Zotye E20 with 1,131 sales.

According to the ChinaAutoWeb, there were 5,155 BEV and 3,165 PHEV Chinese made plug-in electric cars sold last month (plus an unknown number of imported ones, like Tesla):

"Sales of pure-electric cars in April: