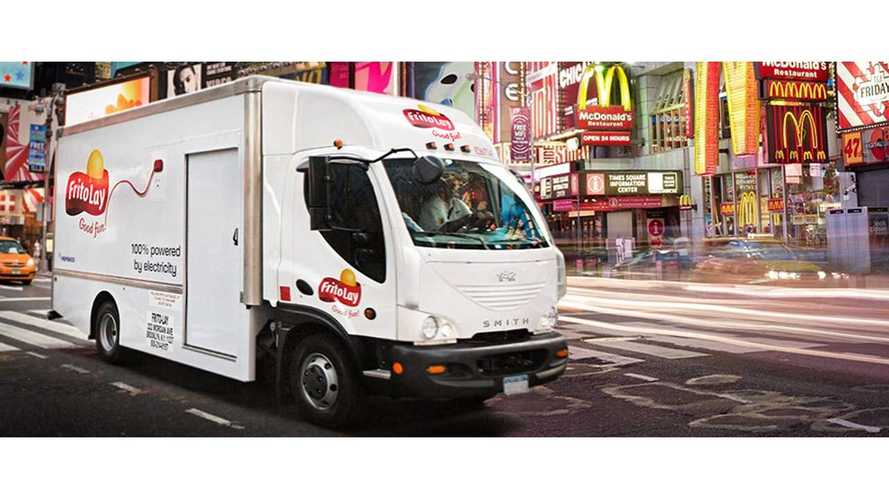 FDG Electric Vehicles intends to contribute the US exclusive rights to use its self-designed passenger van, mini bus, panel van and cab/chassis (at a $30 million consideration) into the JV and also subscribe to the JV’s shares with $15 million in cash. On the other, hand Smith Electric Vehicles will inject all of its US exclusive IP pertaining to electric vehicles and its current client base (at a $40 million consideration).

There will be a second phase to raise $20 million from the market.

Sounds a little bit complicated in an already complicated situation (after Smith's problems and production restart) but in the end the new JV will leverage sales of electric delivery vans and trucks using FDG Electric Vehicles batteries. That's the plan at least.

Press release indicating scale of thousands of vehicles / SKD kits in the near future - in China style.

"In accordance with the forecast of electric vehicles’ SKD kits sourcing agreement, the demand of electric vehicles SKD kits from the JV will be 3,000, 5,000 and 10,000 units in 2016, 2017 and 2018 respectively; such demand will reinforce the Group’s sales revenue of electric vehicles’ SKD kits and battery. SMITH is the leading manufacturer of zero-emission all-electric medium-duty commercial vehicles in the US with well-developed distribution network and after-sale services. Its clients include Pepsi Cola/ Frito Lay, FedEx, Coca Cola, etc. Having accumulated rich experience and data, SMITH also has developed proprietary technologies covering battery management systems, automobile driving and control system, vehicle drive and control system as well as vehicle intra-networking. However, in order to expand its business scale, SMITH will need the support of an experienced, stable and cost-effective commercial electric vehicle supply platform for its US market, such as the original electric vehicle designs and production capacity of FDG.

Establishing the joint venture not only improve FDG’s design techniques and R&D ability in electric vehicle , but also enhance its competiveness of electric vehicle business and improve cost-effectiveness, safety degree and quality of its products by taking advantage of SMITH’s current distribution network and software technology. The joint venture will strengthen the cooperation between FDG and SMITH’s technical team, so as to achieve greater synergy for the Group’s development in the future."

“Through the collaboration with SMITH via establishing a joint venture will promote the Group’s electric vehicle products, including vehicle design, power battery and electric vehicle SKD kits, into the US market, which will be adopted by the fleet of world-renowned blue chip clients. This will accelerate the establishment of the Group’s brand name and products into the US and international markets. In addition, since JV’s light-assets business model is leveraging on the existing assets of the Group and SMITH, it will involve less capital commitment from its shareholders and potentially be in a better position to expand its international operation and capture the increasing demand in the electric vehicle market.”

“The reason for this transaction is that we believe the time is now for market acceptance of commercial electric vehicles. We are seeing all of the indications that the market that we helped establish has now turned the corner from the R&D phase to the commercial phase. In establishing this JV, we believe this will accelerate our new technology platform development. The new company leverages FDG’s ground-up commercial all-electric vehicle designs and its electric vehicle manufacturing facility, which can produce up to 100,000 vehicle per annum, as well as Smith’s 12M+ miles of commercial vehicle experience to offer a complete fleet electrification solution.”