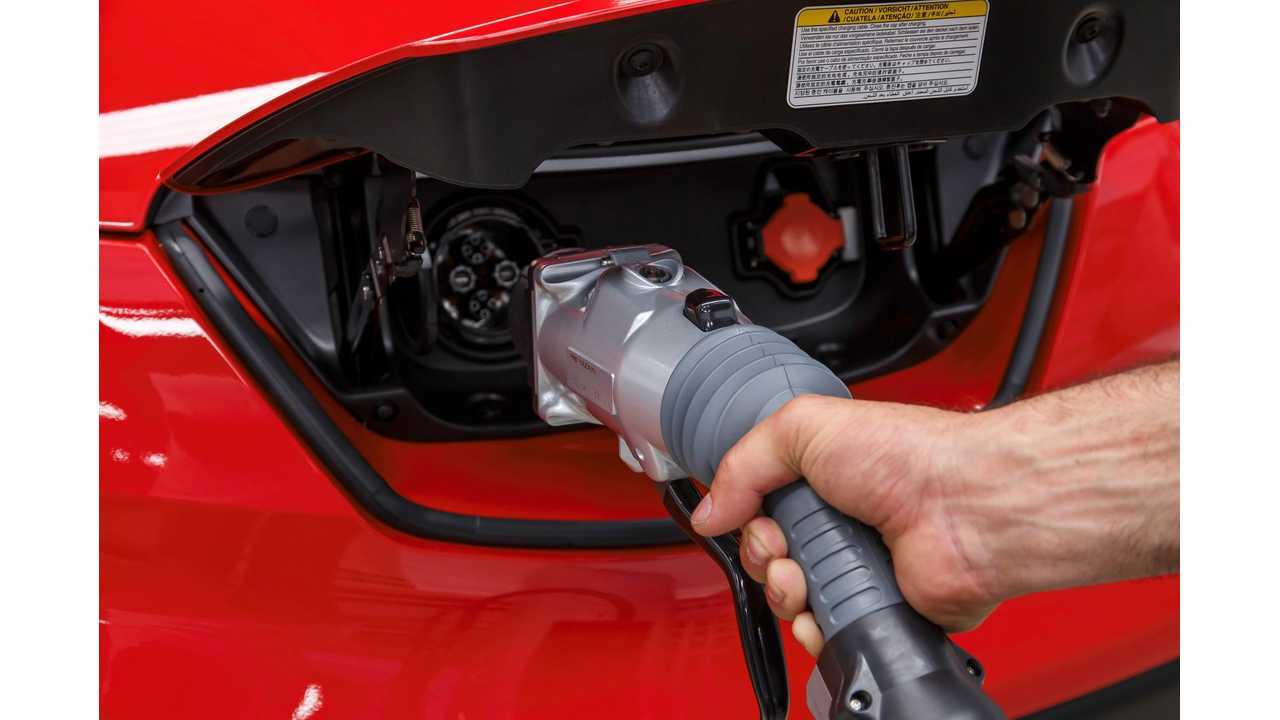 Tomoko noted that there are thousands of CHAdeMO chargers installed (majority in Japan).

This is still the most common standard in Europe for DC charging cars (over 1,600 places), although Combo and Tesla are growing fast. CHAdeMO was struck hard by the initial European directive draft that brought confusion over the future of the standard in Europe.

From 2018, CHAdeMO can be installed in the public space only together with Combo. The Japanese standard that intended to be global for sure will not disappear, as there is just too large a market share held by CHAdeMO-compatible cars. 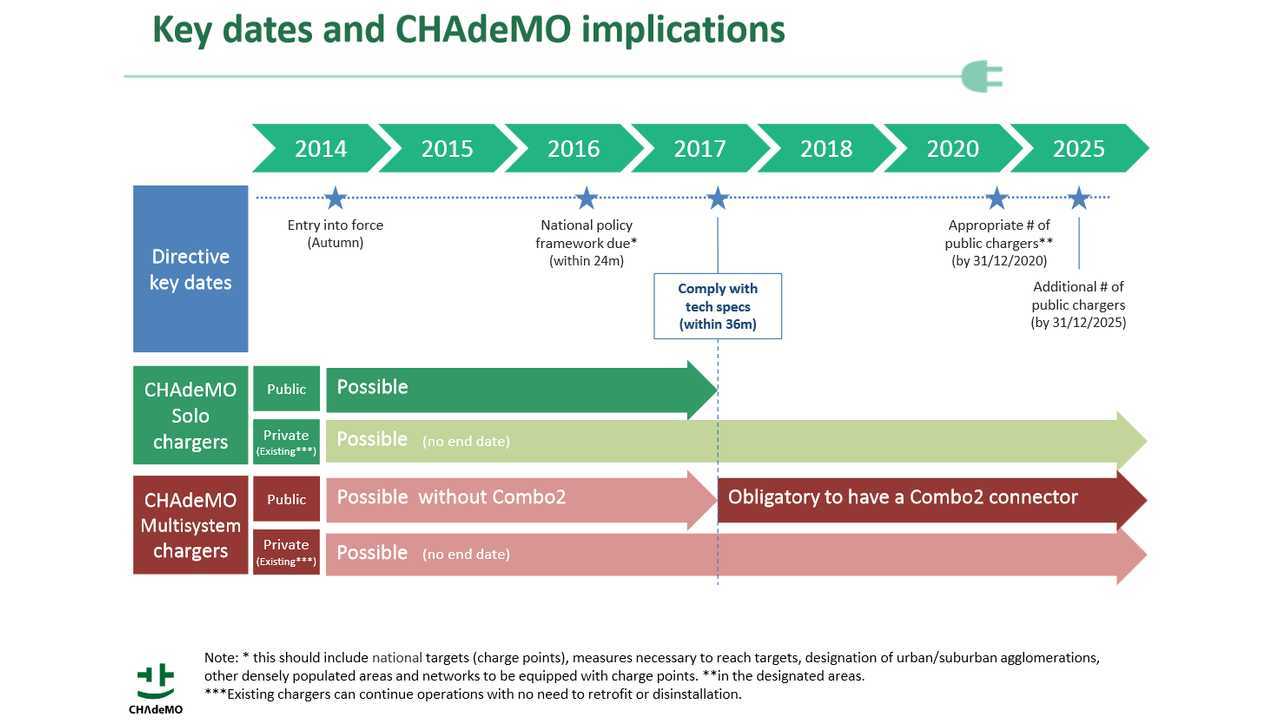 Tomoko said also that there are now at least several projects for multi-standard fast chargers in Europe, with EU funding and cooperation from different brands (Nissan, BMW, VW, Renault).

Asked about AC charging, Tomoko said that it will stay primary way of charging in home and work.

Very surprising was the question about the Tesla To CHAdeMO adapter. We already know that Tesla offers CHAdeMO To Tesla, but will Tesla allow it to go the other way (Supercharger to CHAdeMO? Tesla would rather not enable charging cars other than its own even if such a device would enteredthe market, while Tesla owners can easily use (via a $450 adapter) free-CHAdeMO or pay for access. They would not earn money on this (at least not without introducing some sort of payment system) and Tesla doesn't want to jam up its Superchargers.

"Europe only used to be a tough market for CHAdeMO, the Association’s European Representative Tomoko Blech told electrive.com at when we met up with her at the Hanover Trade Fair. When the European directive was drafted in 2013, “there was a bit of confusion in the market . Now that the European directive is all set and the EU has embraced multiple standards,” she says there is room for CHAdeMO to grow. Even in Germany, where the government prefers to support its own CCS standard, investors are including CHAdeMO chargers. “A logical decision,” says Blech, since CHAdeMO compatible EVs still occupy a majority of the market. Still, Blech continues, all standards have their advantages, which is why multi-standard charging stations are the way of the future – and not just in terms of DC charging. AC chargers, too, will become more prominent as EV sales increase and more people will want to charge at home. Watch the whole interview to learn more about CHAdeMO’s plans for the future."