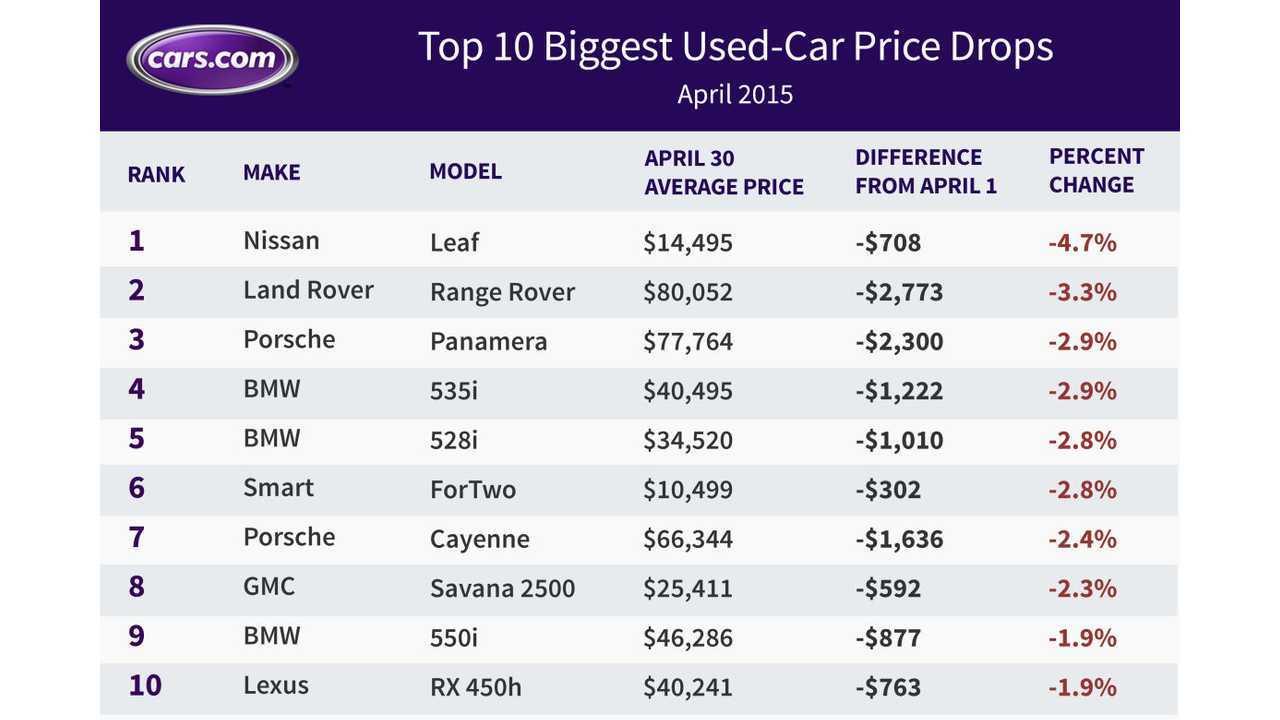 In March and again in April, the LEAF ranked #1 on this list.

Cars.com suggests that still relatively low gas prices may be the culprit:

Cars.com notes the following in regards to the Top 10 list above:

The charts detail used cars from the 2012 to 2014 model years with the biggest price drops and increases. To be eligible for the lists, a model had to have at least 250 cars in Cars.com's national search listings.