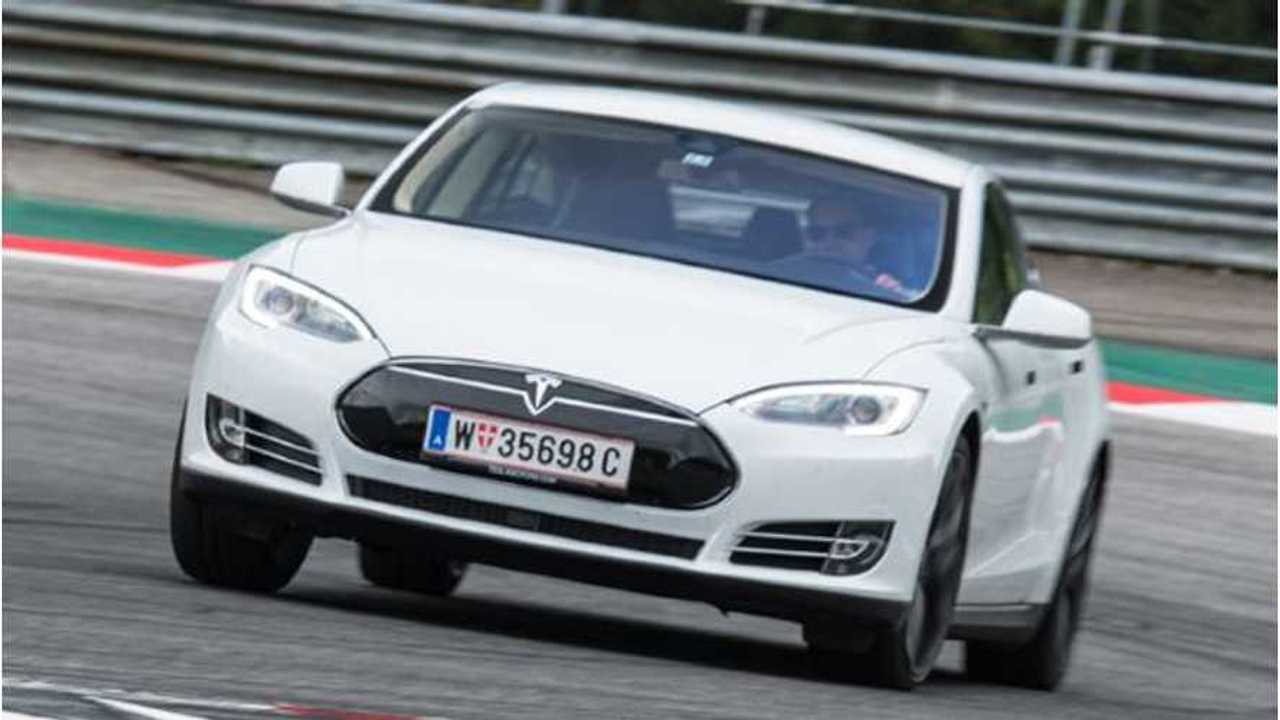 Top Gear recently test drove theTesla Model S P85D - more to check performance on the track than to see how far it can go up to the point of a  fully depleted battery.

The 691bhp and 4WD all-electric car received positive marks in terms of acceleration (0-60 mph in 3.1 seconds), driving in corners (despite 2.2-ton curb weight), and overall experience.

They didn't test range of 480 km/300 miles (253 miles EPA) because using Insane mode they knew the results would be much weaker than standard.

Most interesting part is the summary to see what the petrol heads really think about electric progress:

"So it's really that good?

Top Gear, as you'll know, is not one to blithely embrace the latest, shiniest fad, particularly when it comes to alternative fuels. But the P85D truly feels like a paradigm shift in motoring, the point at which the electric car moves from interesting theory into petrol-pummeling reality.

No, a £79k super-saloon isn't, in and of itself, the solution to all the wider world's motoring woes. No doubt the electric car isn't quite the finished article yet, but consider this: as battery technology improves, the Model S and its offspring will get lighter (and therefore even quicker), and capable of going yet further between charges.

Tesla's rate of improvement, from the original, fast-but-flawed Roadster of 2008 to the P85D, is jaw-dropping. This car asks some pretty serious questions of conventionally fuelled performance machines. Whatever follows might just render them all but redundant."

Source: Check out the lengthy review from Top Gear here.