Refreshing: A Kia Dealer Goes The Extra Mile For A Soul EV Buyer 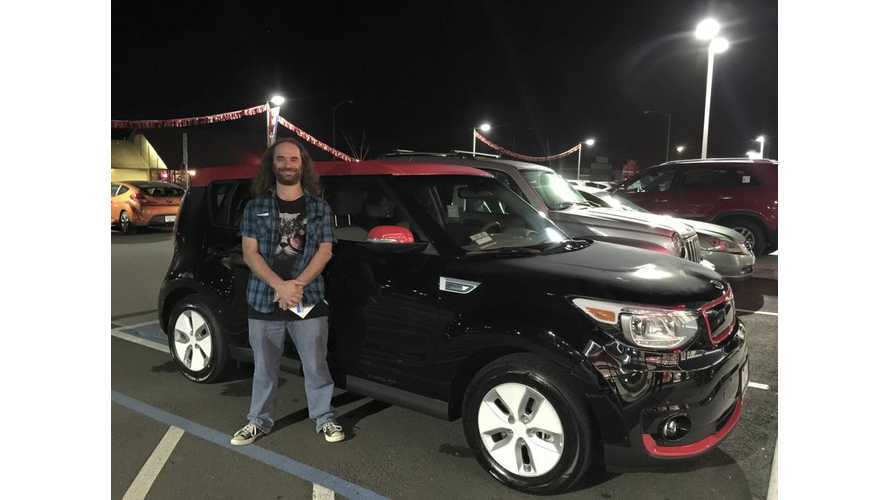 Last week we reported on a Kia dealer who was more than a little negative towards the Soul EV, saying that it was "good neither for your pocketbook, nor the environment", while noting that this particular dealer was also not one of the 'chosen' Soul EV approved sellers.

One community member chalked this attitude up to classic dealer "SWAT" mentality - or "sell what's available today", while others said this proved the classic dealer model was broken as old traditions of viewing the customer as a "mark" were just too hard to break.

To offer the other side of the coin, this is Kumar P's story of leasing a Soul EV this past January.  And yes, while his dealer is able to sell the Soul EV, they also still represented the best interests of their customer as well.

I got my electric Soul from Jim Bone Kia in Santa Rosa, CA. You may be aware that Kia is a major advertising partner of the National Basketball Association. As a signing bonus, along with an apology for the leasing process taking a number of hours, I was given 3 pairs of tickets to Golden State Warriors games. Considering that every game this year has been a sellout, that was pretty awesome in itself. Here's my mother-in-law at the game I took her to:

The lease was signed on a Tuesday, but a couple days later, I got a call from the dealership's finance department saying they had looked at the numbers again and could get me a lower monthly payment. I live in Ukiah, which is 60 miles from the dealership. Their finance guy, as it happens, lives a few blocks from me. He offered to bring the new paperwork to Ukiah to be signed that Saturday. I ended up saving $30/month with the new lease.

In the time since, I've charged at the dealership's DC quick charger for free at least a dozen times, in addition to using numerous other DCQCs for free as part of the complimentary Kia Chargeup card program (seemingly identical to Nissan's program). I can charge for free for 2 years, which is 2/3 of my lease. The monetary savings with this program are huge.

Every time I charge at the dealership, someone there will chat me up about the car, and they are always very interested and focused on my experience. On one trip several weeks ago, I noticed that they had replaced the Kia Optima sedan in the showroom with a Soul EV. It's been there ever since.

This dealership also gave me several months complimentary use of their car wash, which is helpful because my black car attracts a ton of dirt.

My Kia Soul EV sales experience was impeccable, but there was one aspect of it that got derailed a little bit. The 240V charger that was included in my lease didn't show up for a couple months. They finally tracked down the issue and got it to me. Then, a few days later, I got a $50 prepaid visa card with my name on it in the mail as a gift from Kia- an apology for that wrinkle.

I have never had this resoundingly positive of an experience with a car dealership before. Indeed, I once had a very negative experience echoing the Kia anti-salesman story when I tried to lease an early model Toyota Prius. It certainly appears that Kia is trying very hard to duplicate my positive experience at other dealerships. If they can come close, then I expect their expanded rollout to be a very successful endeavor.

So maybe we shouldn't throw away all the dealers of plug-in cars just yet.

Out thanks to Kumar P for sharing his story with us.