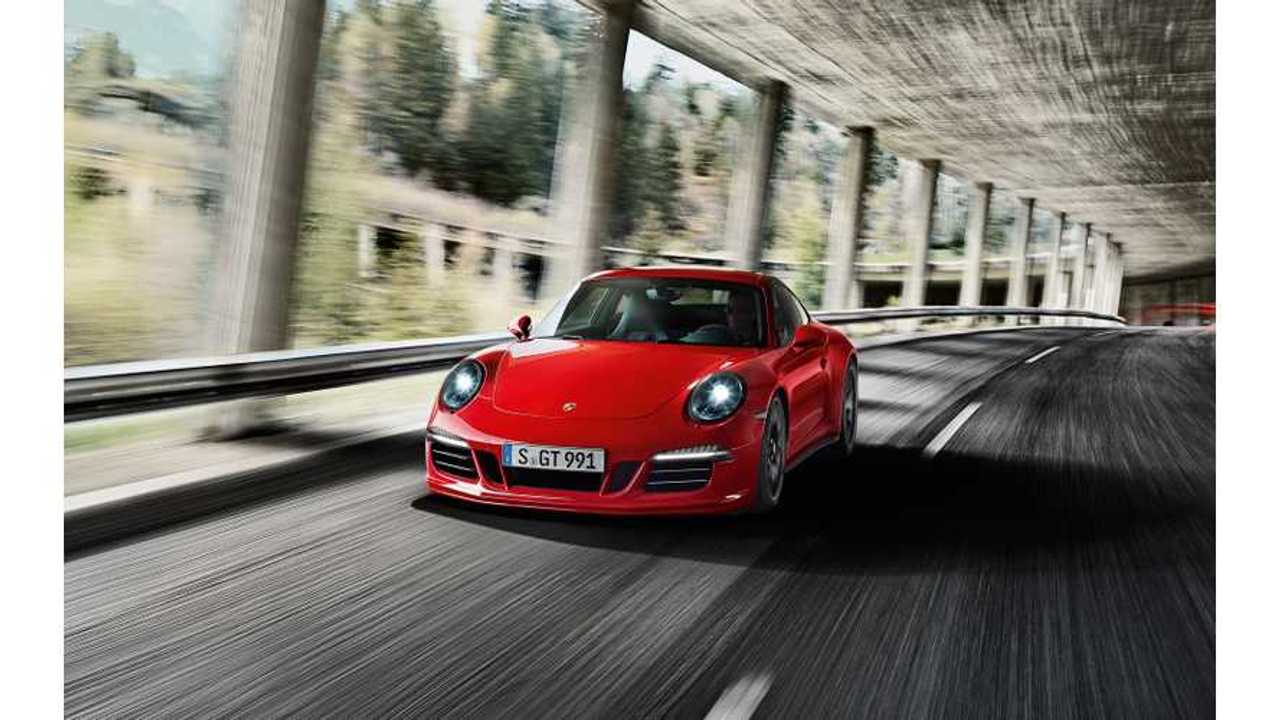 Porsche already introduced three plug-in hybrid models and it seems that an additional two are coming soon (Macan and 911):

911 is of course a new proposition put forth by CEO Matthias Mueller.

A formal decision will be made this year. Implementation then will take some time.

Relatively good sales of plug-in Porsches encourages the company to electrify its whole lineup, according to Mueller:

"Why not? That is a technique which we at Porsche are very familiar with, so we can suppose that we could have plug-ins all over the model range, not only to save fuel but also to boost the performance of these cars."

"We are firmly convinced that the plug-in technology is the solution for the nearer future."

"The 911 will "possibly" be the next one, Mueller said, as Porsche leaders are "negotiating about that."

Sadly, there is still no word on introducing any all-electric model. Porsche Boxster E was the only modern project with a few prototypes several years ago with a too small 29 kWh battery from A123 Systems.