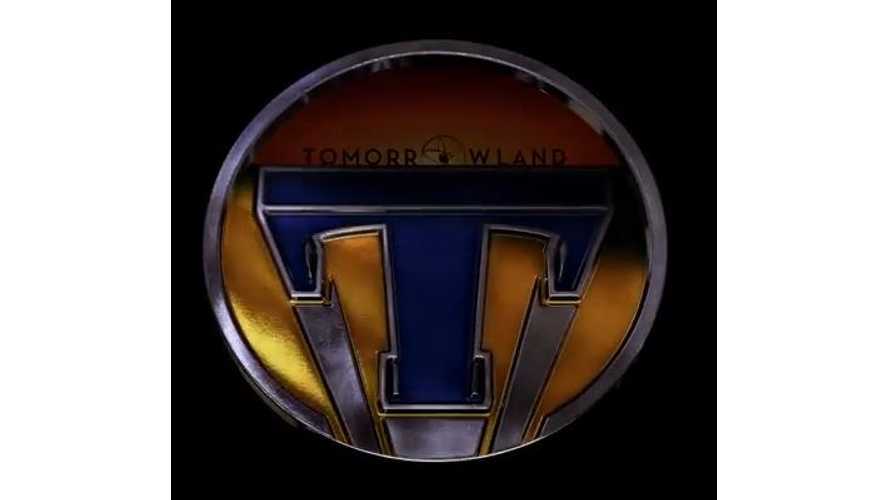 The much-hyped Disney's Tomorrowland comes to theaters May 22, 2015.

Normally, a Disney movie wouldn't make for news for us here at InsideEVs, but there's an electric car connection that can't be ignored.  The 2016 Chevrolet Volt.

First, a brief description of the movie:

From Disney comes two-time Oscar® winner Brad Bird’s “Tomorrowland,” a riveting mystery adventure starring Academy Award® winner George Clooney. Bound by a shared destiny, former boy-genius Frank (Clooney), jaded by disillusionment, and Casey (Britt Robertson), a bright, optimistic teen bursting with scientific curiosity, embark on a danger-filled mission to unearth the secrets of an enigmatic place somewhere in time and space known only as “Tomorrowland.” What they must do there changes the world—and them—forever.

Featuring a screenplay by “Lost” writer and co-creator Damon Lindelof and Brad Bird, from a story by Lindelof & Bird & Jeff Jensen, “Tomorrowland” promises to take audiences on a thrill ride of nonstop adventures through new dimensions that have only been dreamed of.

Next, two more trailers (I don't spot an electric car in any of these three trailers, but maybe I missed it).

DETROIT, 2015-03-26 – At their core, Disney and Chevrolet are entities of optimism, believing that with a little ingenuity, anything is possible. They will come together in the new Disney film "Tomorrowland" to imagine the possibilities.

The all-new 2016 Chevrolet Volt and EN-V concepts appear in the backdrops of the present day and Tomorrowland. The film's U.S. debut is May 22.

In Disney's riveting mystery adventure "Tomorrowland," a jaded scientist and an optimistic teen embark on a danger-filled mission to unearth the secrets of an enigmatic place somewhere in time and space.

"Tomorrowland is a place where nothing is impossible, which is something that Chevrolet believes can exist in the here and now," said Tim Mahoney, vice president, Global Chevrolet. "The Chevrolet spirit reflects the hopes and possibilities of tomorrow in real instruments of change for today like the next-generation Chevrolet Volt."

The first marketing efforts for the 2016 Chevrolet Volt will be tied to Tomorrowland. A television spot and digital advertising will debut in early May.

The all-new Volt is an electric car with extended range, showcasing a sleeker, sportier design that offers 50 miles of EV range, greater efficiency and stronger acceleration. The Volt's new, efficient propulsion system will offer an estimated total driving range of more than 400 miles. With regular charging, owners can expect to average more than 1,000 miles between gas fill-ups.

Chevrolet and Disney have a long history of collaboration around the globe.

In December 2012, the re-imagined Test Track presented by Chevrolet opened at Epcot in Lake Buena Vista, Fla. Test Track gives an authentic, inside-the-studio look at the actual automotive design process, while empowering guests to create their own designs, possibly inspiring the next generation of automotive designers.