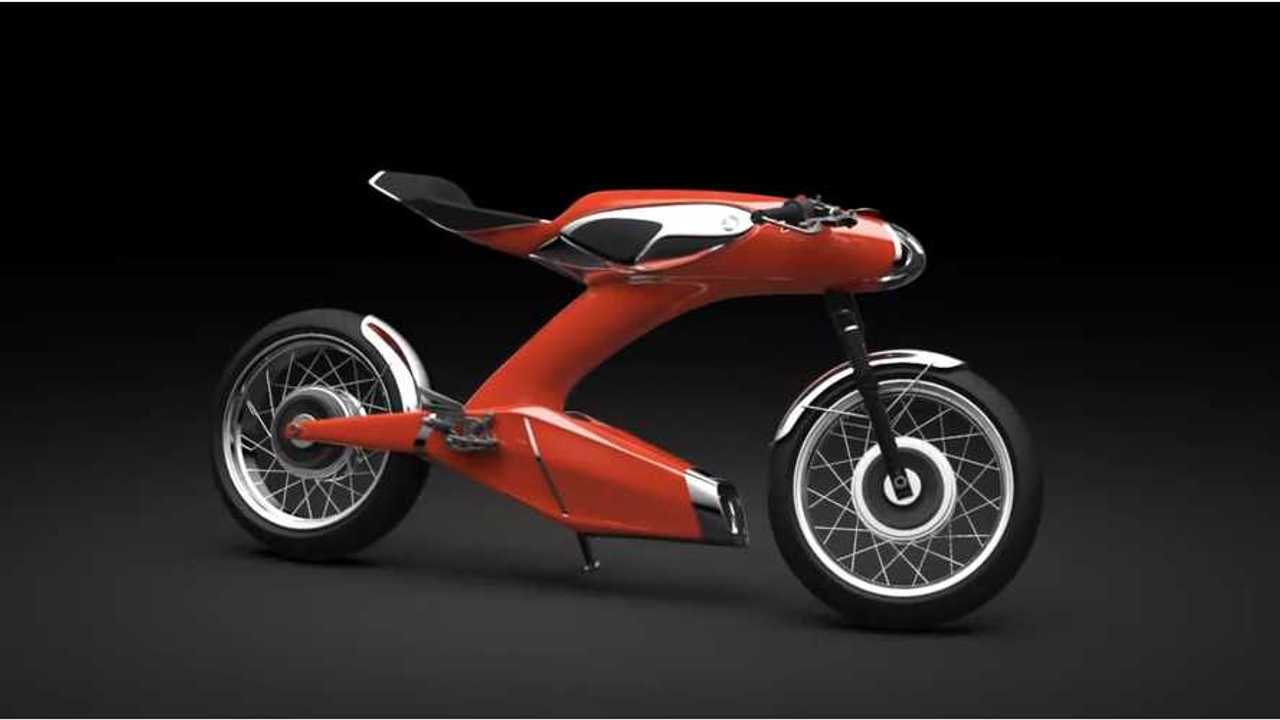 We all know and love "The greatest motorcycle ever", the Honda Super Cub, right?  Well, to commemorate the 2008 50th anniversary of the bike, industrial designer Igor Chak submitted a fairly remarkable electric concept to celebrate the milestone.

Back in the 60's Honda has been focusing on more stylish lightweight bikes that could be used in rural areas, bikes that were cheaper and had better gas mileage compared to the bigger bikes. One of the bikes was the iconic S90 (Super 90). It was a truly unique looking motorcycle with its shiny chrome tank and a stamped frame, boosting a 89.6 cc SOHC 2-valve 4-stroke air-cooled engine with a top speed of 64mph.

It has been 50 years since the first S90 and I thought it would be a great to give this amazing motorcycle a second life!

A second life indeed.  A gorgeous, yummy, shiny second life with a breathtaking tribute to many of the mid-century post-modern touches that made the Super Cub so, well, super.

We have a lot of questions, of course.  That's damned small for a 50kW-rated hub motor, for starters. Two of them?  100kW of hub motor?  staaaaap.  A 14kWh battery ain't gonna fit in that of course, and that scoopy pod thing seems like it wants to suck up all the road dirt from the front wheel, of course...  and what exactly is up with that front right brake control cage guard thing?