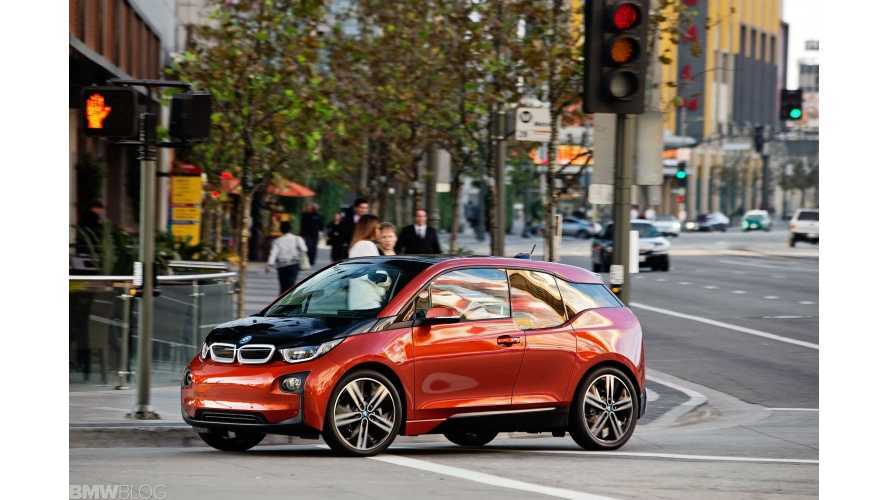 There’s no such thing as the best car in the world. You can drive a Ferrari F12 Berlinetta and become so infatuated with it that you may proclaim it to be the best in the world, but the fact of the matter is that no such car exists.

There are different cars that are better for different situations. For instance, the F12 may be the best car for touring the more scenic parts of Europe, but for doing the daily shopping run? Serviceable at best. So each fantastic car is only fantastic when fulfilling its purpose. So, if there is no best car, is there a best BMW? I actually think there may be.

BMW is currently doing an extended drive event for the i3, where potential customers can drive an i3 for a few days to see if an electric vehicle might suit their lifestyle. It’s an excellent program, in which I took part in months ago, because you really can’t learn of how well EV life may suit you until you live it. But this program got me thinking about the i3, and its purpose. This line of thinking led me to believe that if there is such a perfect BMW, hypothetically speaking of course, it could possibly be the i3.

When people think BMWs, a lot of the vision in their mind is windy roads being tackled at great speed with a glorious engine note in the background. And while BMWs are perfectly capable of delivering on such fantasies, seldom does it actually occur. What actually does occur in a BMW is a lot of waiting in traffic, getting cut off by Audi drivers and pretending that you weren’t doing the drums to AC/DC on your steering wheel when other drivers catch you. That’s because most roads in America are very, very crowded and it’s rare to catch a bit of twisty stuff uninhabited by many other drivers.

*Editor's Note: This post appears on BMWBLOG by Nico DeMattia. Check it out here.

It’s because of this that the i3 shines. It is not only a lovely place to sit in for a long time, due to its pleasant and relaxing interior, but it doesn’t use a drop of fuel while doing so. It’s a perfect city car. It’s also small and nimble enough to navigate those pesky city centers, filled with people driving Chevy Suburbans that are the size of a city block. The best part of the i3, though? It’s actually fun.

When you finally reach a fun road in an i3, it truly does have the handling chops you’d come to expect from BMW. It’s nippy and fun to drive, with excellent steering response, if a little lacking in feel. The electric motor provides plenty of power to make corner exit enjoyable. And because the center of gravity is so low, and the chassis is so stiff, it is genuinely fun to toss around. All while, again, using zero fuel.

So the i3 can be a dual threat. It can be the fun canyon carving BMW we’re all used to, but can also double as a fun city car. And it’s also extra friendly to Johnny Polar Bear. It seems like it could be the best all rounder. Is it the perfect BMW? Of course not. It still can’t take long trips or carry a lot of people and it really isn’t all that fast. But it’s close and BMW seems to be getting closer. If BMW can deliver on the promises of a further range and shorter charge times, cars like the i3 will get closer and closer to that perfect car pipe dream so many have. But until then, the i3 is pretty damn close.