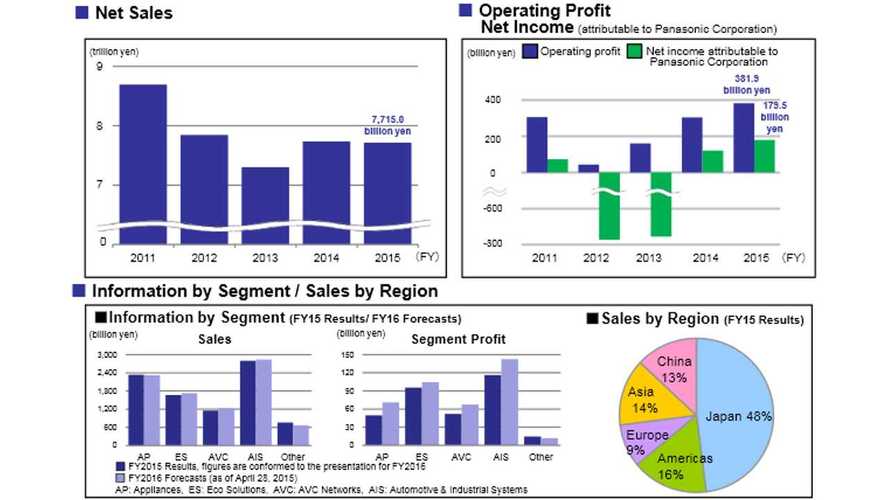 Part of AIS is lithium-ion batteries, and again part of them are going to electric cars (mostly Tesla).

Sadly, we don't know details for AIS, although this is now the largest source of revenues for Panasonic and when you look at the upper right graph, Panasonic returned to profitability at the same time at which began volume shipments of batteries to Tesla began.

Operating profits were 381.9 billion yen ($3.19 billion), while net income 179.5 billion yen ($1.5 billion). Not much at such high revenues (just over 2%) and probably not enough to jump into Tesla Gigafactory with all spare capital.

This year (from April 1), Panasonic expects higher profits, especially from AIS - from current 36% to maybe more than 40%.

In FY2015 Tesla delivered less than 40,000 Model S (plus batteries for other projects), which at 80 kWh on average would translate to around 3.2 GWh. Again at $200/kWh it is around $640 million - not that much for Panasonic and for sure this was not the true reason of their profitability.