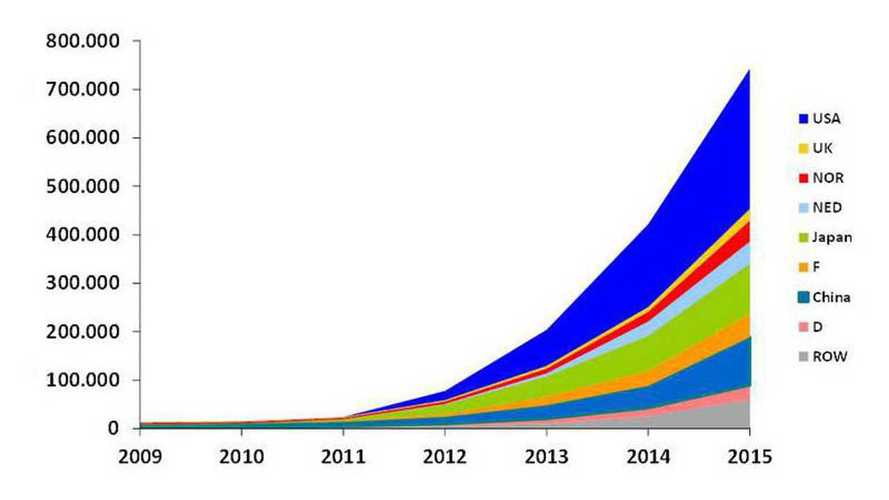 "According to its scientists' calculations, more than 740,000 electric cars were on the road worldwide in early 2015. Some 320,000 vehicles were registered last year, enabling car battery suppliers to generate considerable revenue of around €2 billion euros. The Nissan Leaf, Tesla Model S and Mitsubishi Outlander Plug-In headed up the registration statistics in 2014."

"The ZSW's latest assessment puts the number of electric cars at around three-quarters of a million. The USA stood out among the countries with the highest absolute growth rates with another 117,000 cars powered by electricity, bringing the stateside count up to around 290,000, a 69 percent bump. The USA thus retained the no. 1 spot with the world's biggest fleet of e-vehicles. The figure for China also spiked with nearly 54,000 more electric vehicles bringing the count up to just short of 100,000, an increase of around 120 percent. China's fleet puts it at no. 3, just behind Japan, where the 100,000 mark in electric cars has been exceeded, but at a relatively low growth rate of 45 percent."

Lastly, here's ZSW's graph on individual model sales for the Top 5, which clearly shows that the Nissan LEAF is well in the lead.