Toyota & Mazda To Team Up On Fuel-Cell, Plug-In And Other Green Tech 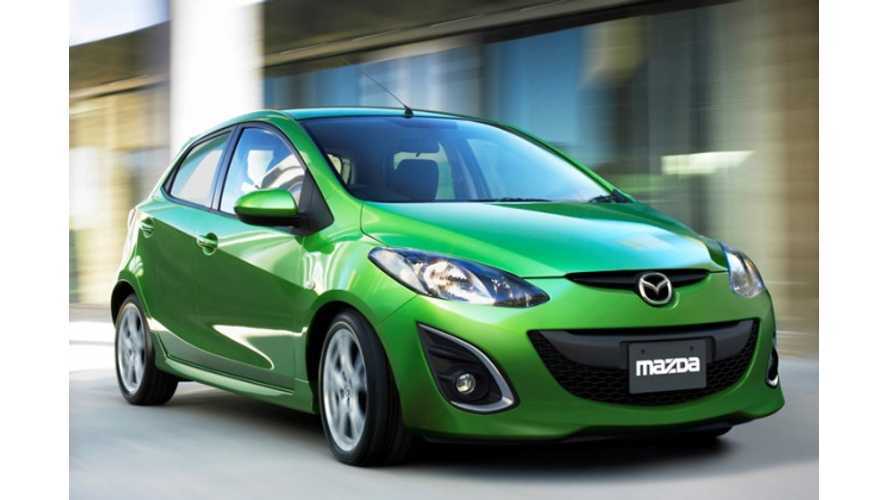 Mazda and Toyota are considering an alliance in eco-friendly technology, according to the Nikkei.

For Mazda it could be extremely important as the small carmaker struggles to develop all new technologies, including plug-ins.

"Toyota Motor and Mazda Motor are in the final stages of talks on a comprehensive partnership in eco-friendly technology, seeking an edge amid tightening environmental regulations and tough emerging-market competition."

One of the main topics is hydrogen fuel cell technology, which Toyota could share with Mazda. On the other hand, Toyota would like to use Mazda's Skyactiv engines, which boost stellar fuel economy and strong performance.

"Toyota intends to supply fuel cell and plug-in-hybrid technology. In 2018, environmentally conscious California plans to push automakers to boost sales volume for electric and fuel cell vehicles. China and other emerging economies are set to strengthen environmental regulations, too. Mazda, which has lagged in electric-vehicle technology, hopes to keep up with these changes by bolstering its relationship with Toyota.

Meanwhile, Mazda will consider offering its proprietary Skyactiv green technology. Toyota hopes to use it to add more fuel-efficient gasoline and diesel vehicles alongside its own advanced lineup of hybrids and fuel cell cars."

Mazda already uses hybrid technology from Toyota and has done so since 2010.